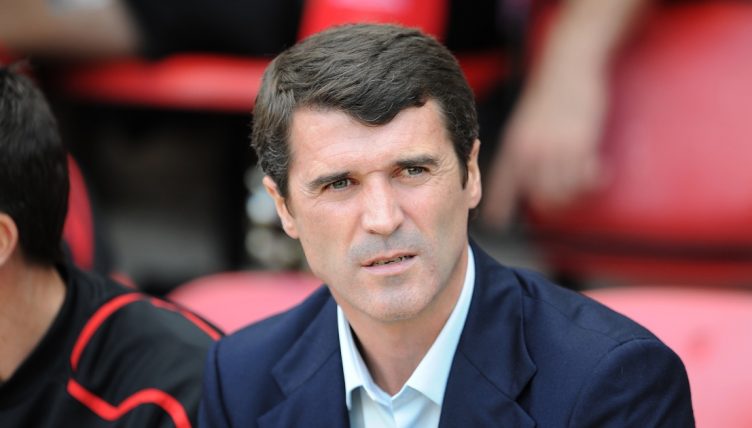 Roy Keane deflected talk of a return to the hot seat at Sunderland last night – but admitted that he would like to ‘go back’ into management.

The Manchester United icon has been out of work since being sacked by Ipswich Town in 2011 but had previously achieved success at the Stadium of Light.

Keane guided the Black Cats to the Premier League in 2007 and kept them in the top-flight during his first full campaign. But he was then dismissed halfway through the 2008-09 season.

Assistant manager stints at Aston Villa, Nottingham Forest and with the Republic of Ireland national team have followed but Keane has spent most of the last 10 years in punditry roles with ITV and Sky Sports.

But reports this week have claimed that the former midfielder has been approached by Sunderland for an interview after the League One side sacked Lee Johnson following a 6-0 defeat at Bolton.

Keane was covering Manchester United’s FA Cup defeat to Middlesbrough and was asked by presenter Mark Pougatch about developments between himself and Sunderland.

“I’ve got no control over that, so no comment,” the 50-year-old responded with a wry smile.

Pressed on wanting a managerial job, he continued: “I’ve made that clear over the last few years, I’d like to get back as a manager.

“But, of course, the club has to want you, you’ve got to want that job, the contract has to be right.

“We’ll see how things take shape over the next couple of days.”

Pougatch turned to fellow pundit Ian Wright and warned that television studios could be losing Keane, who joked that Wright would ‘survive’ without him.

But Wright replied: “I don’t think I will. I can’t even lie. But, you know, all the best. I wish you all the best.”

“I’ve got no control over that, so no comment…”

Keane on the Sunderland job 👀pic.twitter.com/Bx7Fw4bn3i