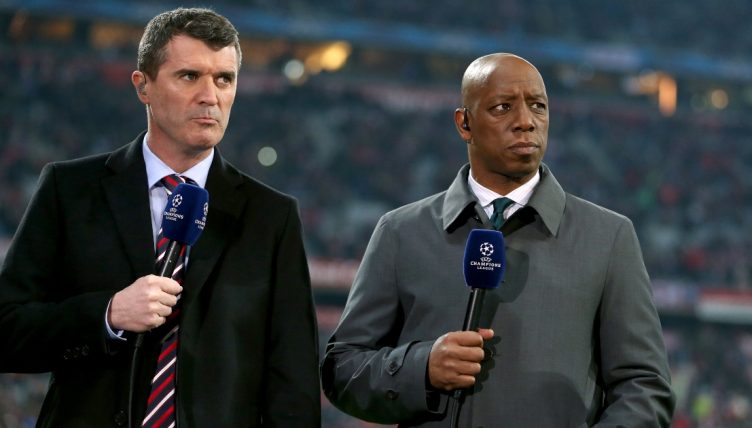 Roy Keane and Ian Wright were on punditry duty at Anfield for Wednesday night’s FA Cup tie between Liverpool and Norwich City – and the pair disagreed on one iconic tradition at Liverpool’s stadium.

ITV presenter Mark Pougatch opened the show by recounting his excitement to touch the iconic ‘This is Anfield’ sign in the tunnel.

He asked Wright whether he had ever touched the sign as a visiting opposition player and the Arsenal legend gave an affirmative response.

“Of course,” Wright said. “But I didn’t touch it when I was going out with the guys. When you went out for the warmup, you’d look around and you touched it.

“It is iconic, it’s an unbelievable pitch. I had to touch it!

In a reply most people could have seen coming, Keane disagreed with his ITV colleague.

He confirmed that he had never touched the sign, and could not understand the appeal of doing so as an opposition player.

Keane went on to ask Wright why he had touched the sign, and his disdain for the sign was evident, calling him “childish” and questioning what benefit he’d get from touching it.

We reckon these two legends of British football deserve their own roadshow – we’d definitely watch!

Did you touch the This Is Anfield sign when playing at Liverpool?@IanWright0: “I had to touch it… it’s iconic, it’s unbelievable.”

Roy Keane: “Of course not. No point… I’m not sure why you touched it, Wrighty. It’s childish… what benefit did you get out of it?”