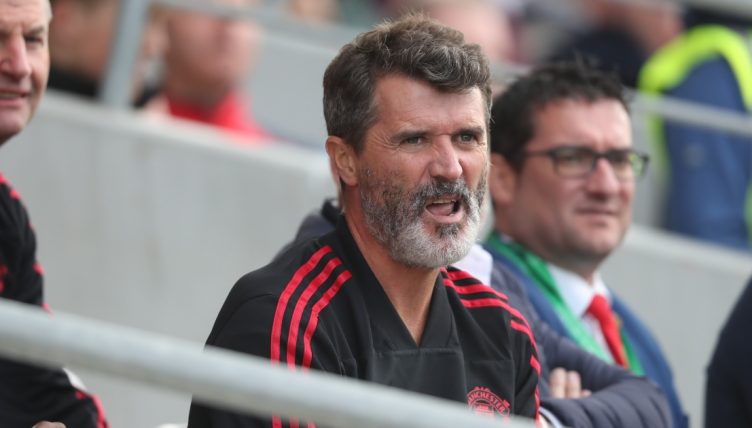 Manchester United’s performance during their 4-0 defeat at Liverpool was so bad that it achieved what many observers thought impossible – it made Roy Keane ‘sad’ rather than angry.

United travelled to Anfield for Tuesday night’s Premier League match knowing that a positive result would boost their chances of qualifying for the Champions League.

But the game looked up after Luis Diaz opened the scoring for Liverpool after five minutes. As United ambled around looking inept and clueless, Mohamed Salah helped himself to a double and Sadio Mane completed the rout.

It would have been natural to expect Keane to be fuming afterwards but, speaking to Sky Sports, the former United captain simply spoke of his sadness at the state of the side he represented for 12 glorious years.

“It was anger [as a Man United fan] earlier in the season. Now it’s just sadness.

“It’s so sad to see United it’s not the club I played for it doesn’t reflect the United I played for it’s chalk and cheese. They don’t play with pride. It’s so sad watching this team it really is. A long night.”

But the former Republic of Ireland international did single out the likes of Jesse Lingard and Marcus Rashford for their poor performance at Anfield.

“The energy, midfield, Rashford’s performance tonight, Jesse Lingard – he came on to change the game but he should have left Man United two years ago.

“He’s not good enough for Manchester United. Rashford played like a child up front. Okay, he didn’t receive great service but the one or two bits in the first half where you think he’s through on goal – poor touch.

“Defensively, we were trying to help Maguire before the game [with a back three], that last goal, his passing and defending was not acceptable. What is he doing? He gambles. He gives up.

“It’s not good enough for Man United so we again have to talk about a rebuilding job. We have to hope they get good lads, decent quality professionals, [who are] talented and try to compete. Man United fifth or sixth in the league? Unbelievable.”

United have dropped to sixth on goal difference and their chances of Champions League qualification hang by a thread.