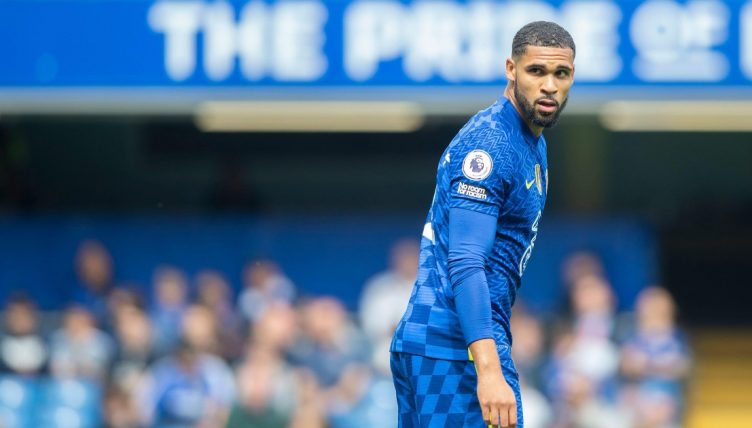 Chelsea were denied an opening goal from Ruben Loftus-Cheek in their Premier League clash with Wolves after an incredibly lengthy VAR check.

Eventually the goal was disallowed for offside, but not before the club’s imminent new owner Todd Boehly had celebrated what he thought was the first goal of his era in charge of the club.

The ball was played in from a corner by Marcos Alonso which was then flicked on by a runner at the near post. It then bounced around before Loftus-Cheek fired into the roof of the net at point-blank range at the left side of the goal.

Whilst Chelsea’s players and fans celebrated, the Wolves fans complained to the referee about offside and VAR then began scrutinising the goal.

They checked for two different offsides. First, Antonio Rudiger’s positioning from the initial flick on was checked which itself took several minutes before being confirmed as onside. Then Loftus-Cheek’s positioning was assessed from when the ball came off Romelu Lukaku before the midfielder fired in.

This was a clearer decision, with VAR showing that Loftus-Cheek was slightly offside. As a result the goal was disallowed.

It was a frustrating first half for Chelsea, who dominated the game but were twice denied an opening goal. Loftus-Cheek’s disallowed goal followed on from a Timo Werner strike moments before that had been ruled out by the on-field ref for a foul committed by the striker, which seemed incredibly harsh.

Loftus-Cheek has impressed in recent weeks, and manager Thomas Tuchel has been full of praise for the versatile midfielder but has encouraged him to work hard to reach his potential.

“Even from the outside in Paris and Germany, we knew the player all the time. It was so promising but he is at a certain age now and he never had his breakthrough,” Tuchel said.

“Everybody is still waiting for the next step so for him it’s crucial to focus on the very day where he is. It can be a huge distraction for him to think what can be in a week, two weeks or a month ahead.

“He needs to trust himself. With him, it’s absolutely not a matter of over-confidence, it’s the opposite. He needs to have confidence in his body physically and also in his ability to do it not once or twice but 10 or 20 times in a row.”

A forensic analysis of every referee mistake in Chelsea-Barcelona, 2009