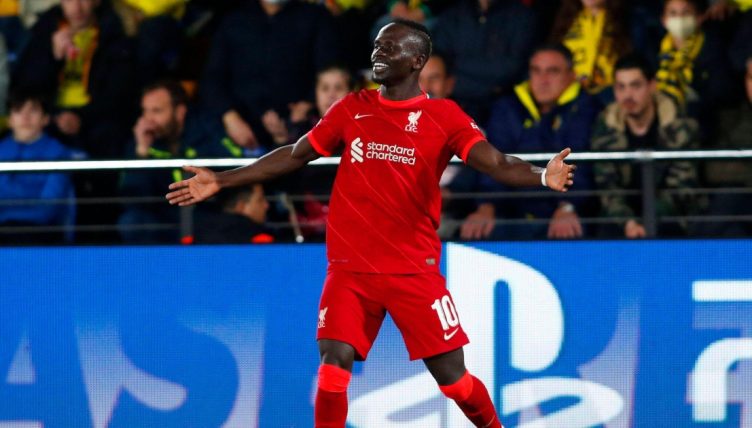 Sadio Mane couldn’t hide his delight after Liverpool beat Villarreal 3-2 to book their place in the Champions League final.

Liverpool were seemingly in complete control of the semi-final after a Pervis Estupinan own goal and a Mane strike gave them a 2-0 win at Anfield in the first leg.

But Villarreal striker Boulaye Dia scored inside the opening three minutes in the second leg and Francis Coquelin then made it 2-2 on aggregate.

Liverpool improved in the second half and Fabinho put them back in front on aggregate with a shot that went through the legs of Villarreal goalkeeper Geronimo Rulli in the 62nd minute.

Luis Diaz, who replaced Diogo Jota at half-time and completely changed the game, restored Liverpool’s two-goal aggregate advantage with a header at the back post.

Mane then made it 3-2 and sealed Liverpool’s place in their third Champions League final in five seasons after taking the ball around Rulli and firing into an empty net.

After the referee blew the full-time whistle, Liverpool’s players celebrated on the pitch and Mane decided to show everyone how happy he was. The Senegal international grabbed a camera and promptly began to shout “Paris we’re coming!” repeatedly.

Jurgen Klopp’s side will now play either Real Madrid or Manchester City in the Champions League final at the Stade de France in Paris.

“I want to play Madrid,” Mohamed Salah told BT Sport after Liverpool’s win in Spain. “I have to be honest. City is a really tough team, we play against them a few times this season. But if you ask me personally I would prefer Madrid.”

Liverpool have already played against Madrid in France and an Alan Kennedy goal gave them a 1-0 win in the 1981 European Cup final.

Luis Diaz and Sadio Mane with a message to the Liverpool Fans ❤️ pic.twitter.com/8bHLSUJ9cd