Watch: Sadio Mane plays in mudbath in hometown before flight to Munich 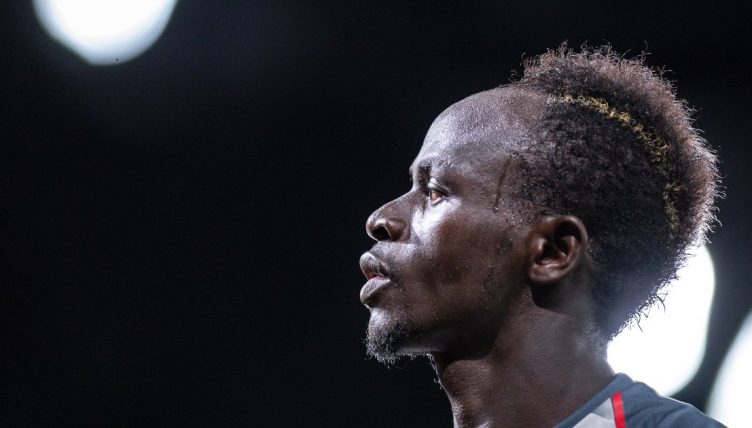 Sadio Mane was spotted playing in a community match in his hometown in Senegal before he landed in Germany to sign as a Bayern Munich player.

Mane, the Senegalese captain, helped his nation to win their first-ever African Cup of Nations title earlier this year and is one of the country’s biggest names.

But he has maintained strong links to his hometown of Bombali, investing huge sums of money in the area, and before leaving to go and sign as a Bayern Munich player he partook in a community football match he helped organise.

El Hadji Diouf, Papiss Cisse and Mbaye Diagne were also in attendance at the match which saw a large crowd turn up to watch the game.

Mane played for both sides, intermittently wearing a blue shirt with No.10 and a red one with No.2, on the pitch made of hardened dirt which became increasingly waterlogged as the match went on.

A day later, he arrived at Munich airport ahead of his £35million move to the Bundesliga champions, Bayern Munich.

With Robert Lewandowski angling to leave Germany this summer, Mane could not just become an important player on the pitch for Bayern but could well become the face of the league itself.

“The signing of Sadio Mane is fantastic – not just for FC Bayern, but for the entire Bundesliga,” German legend Lothar Matthaus said of Mane’s impending move.

“The fact that such a great footballer will play in our league is just class.

“Mane is an exceptional player and a difference-maker. He has provided goals and assists with Liverpool in a way and with a regularity that few other players in the world have been able to match in recent years.”

Having won everything he can in England with Liverpool, Mane has decided that Bayern will offer him a new challenge, although nothing might quite be as much pressure as playing in front of his whole home town.

Sadio Mané touches down in Munich ahead of his move to Bayern. 🛫 pic.twitter.com/aP5JREVflG