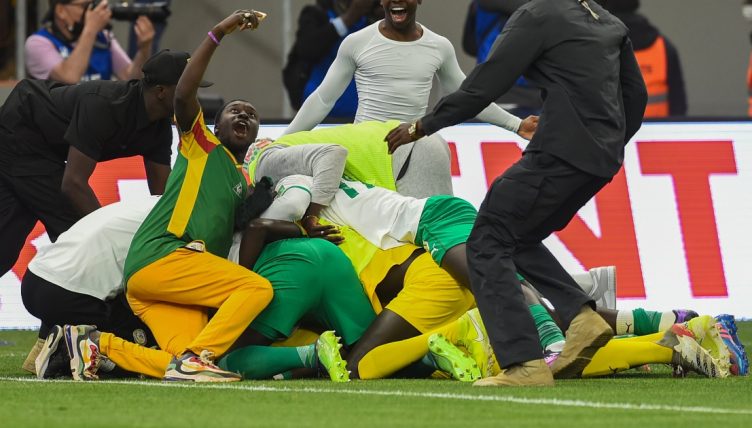 Liverpool star Sadio Mane has been his nation’s hero for the second time in as many months as he stepped up to score a penalty to send Senegal to the World Cup – at the expense of Mohamed Salah’s Egypt.

Mane scored the decisive final penalty in the shootout against Egypt as the Lions of Teranga won their first-ever Africa Cup Of Nations in February.

Fate conspired to have Liverpool stars Mane and Salah facing off once again in another all-or-nothing clash – with a place at Qatar 2022 at stake.

Egypt travelled to the Stade Me Abdoulaye Wade in Dakar for the second leg of the qualifier with a 1-0 advantage, with Salah playing a key role in forcing an own goal out of Saliou Ciss.

Just as was the case in the first leg, Senegal scored in the opening minutes via an own goal. No more goals followed, although Mane produced a man-of-the-match display as he was once again Senegal’s most dangerous player.

He set up a couple of glorious chances for Ismaila Sarr to put Senegal in front but the Watford attacker was unable to provide the finishing touch.

And when the time came, Mane kept his cool and slotted home a perfect penalty to send his nation to the World Cup later this year.

The first four penalties of the shootout were missed, including Egypt’s first from Salah. The Liverpool talisman didn’t make a repeat of the mistake he made in the Cup of Nations final last month – in which he never had a chance to take Egypt’s fifth – but he skied his effort over.

However, Salah may feel aggrieved about the fact that multiple green lasers were being shone in his eyes before he stepped up.

Watch the full shootout below. Mane’s penalty is at the 13:30 mark.