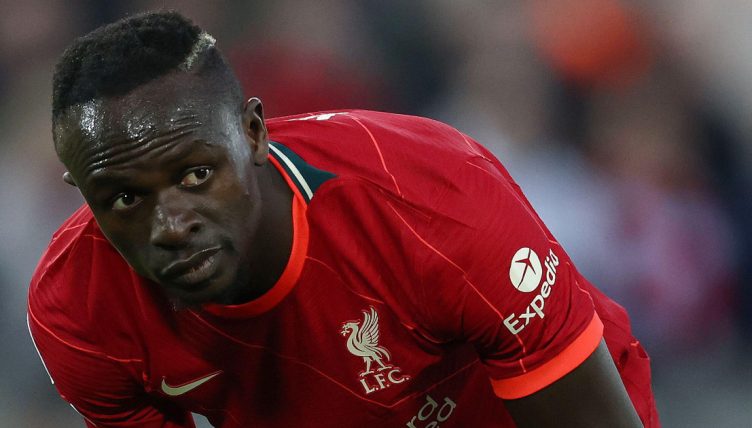 Sadio Mane has been exceptional for Liverpool both on the wing and in his new role through the middle, although he didn’t have the best time in the first hour away at Newcastle, missing a glorious chance to put his side 2-0 up.

Every game for Liverpool is now crucial as they chase down the quadruple, and whilst they showed signs of fatigue from their midweek victory over Villarreal in the Champions League, they did take the lead in the first half at St James Park through Naby Keita.

Mane was presented with a golden chance when he received a pass from Joe Gomez in the box, but the Senegal star fired wide.

A goal would have likely sealed all three points, but it simply wasn’t Mane’s day, and he was later booked for fouling goalkeeper Martin Dubravka and subsequently substituted for Mohamed Salah.

The 30-year-old has been back to his best with 20 goals this season, and netted the second goal against Villarreal just days before, but could not find his shooting boots up on Tyneside.

There has been speculation over Mane’s long term future with his deal currently set to expire in 2023, but with manager Jurgen Klopp extending his deal until 2026 there is hope that both Mane and Salah will follow suit.

Klopp recently stated that Mane, who won the African Cup of Nations in January with his country, could be a contender for the Ballon D’or.

“I have nothing to do with the Ballon d’Or nomination and all these kind of things, I don’t understand it really 100 per cent.

“He is world-class and played again a really good game for us. I don’t know exactly how you come to that question now, the season is not even over. Historically you have to win something, I think, to win the Ballon d’Or most of the time.

“It was like this, that if you are not Messi or Ronaldo you have to win probably the Champions League, which we didn’t do yet so give us a few more weeks and then we will see where we end up.

He can’t miss chances like these if he wants to beat Benzema to the award, but he is having a fantastic campaign regardless.

And Liverpool’s 1-0 victory on Saturday continues their quest towards an unprecedented quadruple.