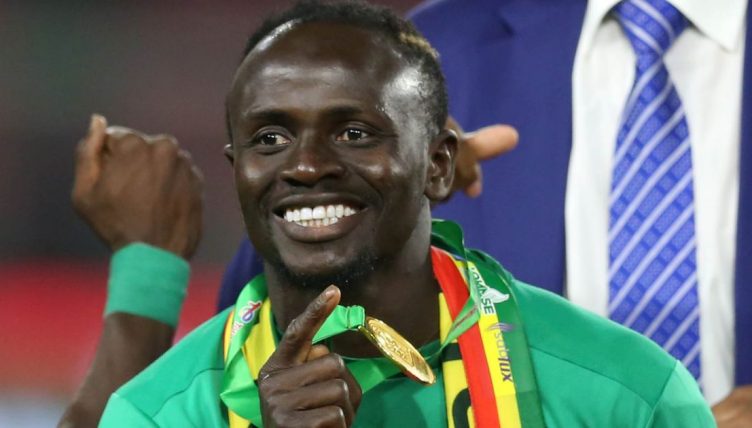 Liverpool player Sadio Mane was his nation’s hero on Sunday night, converting the winning penalty as Senegal won their first Africa Cup of Nations. But he didn’t do much to endear himself Senegal’s president as the team received a warm welcome in Dakar on Monday.

Senegal overcame Egypt in a penalty shootout in the Cameroonian capital Yaounde on Sunday night, capping off an AFCON tournament that they had entered as favourites.

For the whole team, the story was one of redemption after they lost to Algeria in the 2019 final. But for Mane, who was handed the player of the tournament gong, it was even more special.

Having been presented with the chance to give Senegal an early lead from the spot against Egypt, Mane whacked his spot-kick straight into the arms of Pharaohs goalkeeper Gabaski.

The game ended 0-0, and Egypt were expected to win on penalties having already progressed past the Ivory Coast and Cameroon from 12 yards. But Egypt missed one and Senegal’s Chelsea ‘keeper Edouard Mendy saved another.

Mane stepped up for Senegal’s final kick, hammering his effort into the bottom corner to secure the glory.

After the game, Mane told Goal: “I am very proud and I think it is the best moment of my life ever.

“This day I think it is the best day. I won the Champions League and some trophies but I think this is the special one for me, this is more important for me.”

On Monday, Senegal’s players and coaches returned home and were given a heroes’ welcome, with president Macky Sall declaring a national holiday.

People lined the streets to cheer on their returning champions as they paraded on top of a bus.

Coach Aliou Cisse said: “I dedicate this victory to the Senegalese people. For years, we have been chasing this cup. Today we will be able to put a star on our jersey.

“Winning the Africa Cup of Nations in Cameroon has a special meaning. Winning against the most successful team in Africa is another symbol.”

After the parade, the Senegal team met the president, with Sall handing medals to the victorious footballers in front of a gathered crowd.

After hanging the medal around Mane’s neck, Sall reached out for the customary handshake. Mane clearly didn’t see the president’s hand, as rather than shake it, he turned towards the watching audience and performed a celebration made famous at Liverpool by his team-mate Roberto Firmino.

We’re sure Sall and the nation will forgive him given the joy that Mane has brought them.

Mane snubbing the president of Senegal’s handshake so he can do his celebration, I’ve seen it all now pic.twitter.com/svBY3jcb3c