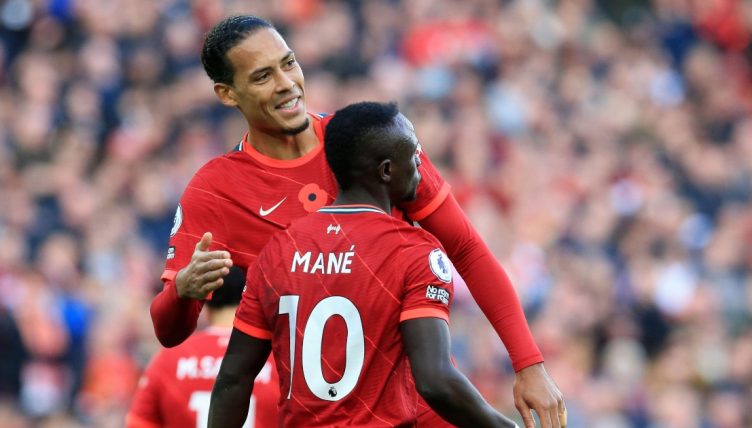 Sadio Mane was the victim of a funny Virgil van Dijk prank ahead of Liverpool’s Champions League final against Real Madrid.

Mane, who has already won the Africa Cup of Nations, Carabao Cup and FA Cup in 2022, scored an equaliser against Madrid in the 2018 final but a brace from Gareth Bale meant that he had to settle for a runners-up medal.

The Senegal international lifted the Champions League trophy in Madrid a year later and is now hoping to win it for a second time.

As the Liverpool squad trained on the Stade de France pitch ahead of the final, Mane showed no signs of nerves and decided to start shoulder bumping with some of his team-mates.

He went to do the same with Van Dijk but the defender ducked out of the way and Mane was sent flying to the ground.

The 2022 Champions League final could also be Mane’s last appearance for Liverpool. His contract expires next summer, and the 30-year-old has recently been linked with Bayern Munich and Barcelona.

“I think the answer I can give you now is I feel very good,” Mane recently said when asked about his future.

“I love what I am doing and I sacrifice myself all the time. I am working hard every single day on the pitch and in the gym and I get better and better, that’s the most important. I am trying my best to help the team.”