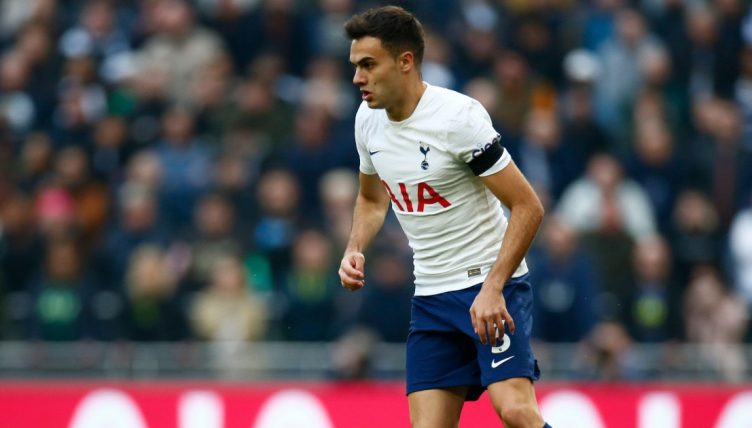 Tottenham’s Sergio Reguilon hilariously tried to copy his team-mate Dejan Kulusevski, who celebrated their second goal of the game in their Premier League 4-0 win against Aston Villa.

Kulusevski scored in the 50th minute while Son Heung-min scored a hat-trick to send the North London club three points clear of bitter rivals Arsenal in the crucial fourth-place spot in the table.

Mikel Arteta’s side have a game in hand, however, and will go level on points with Spurs if they win it.

Kulusevski took his goal well, receiving the ball from Harry Kane before settling himself and firing across the face of the Villa goal into the far corner.

He did the does the Lebron James celebration, pushing his hands downward and smashing his chest. Reguilon then haphazardly coped the celebration in an enthusiastic, if fault-ridden, manner.

Conte was full of praise for his Spurs side, who at one point in the season looked cut adrift from the Champions League spots.

“A strong team needs character and personality to be strong mentally because during a game you can have a period when you suffer because the opponent is pushing you a lot,” Conte said of the match against Villa.

“Today, the first half was difficult but we knew this because when playing at Aston Villa away in this stadium with this fantastic atmosphere I don’t think there is one team that wins easy.

“For this reason, I was pleased with the attitude of the players, the composure. They decided to stay strong. And then in the second half, I think we won the game in an important way.

“For sure, we have to be more good when there is this type of pressure and try to continue to play. Because every time we had the ball we had chances to score.”