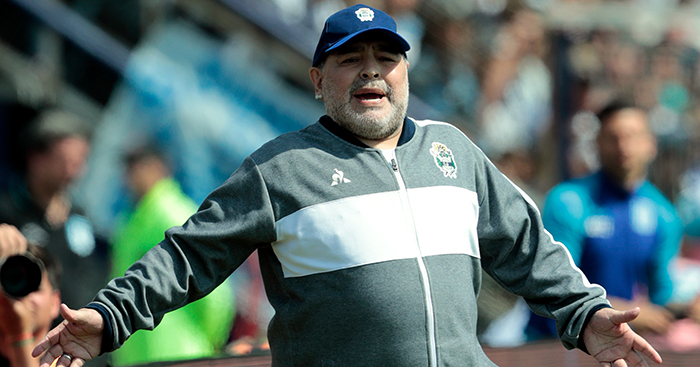 Unless you have been living under a rock this past year, you’ll almost certainly have seen the video of Diego Maradona dancing on a patio outside a house.

The clip originally went viral in June 2018 and shows Maradona pulling off some frankly ridiculous moves to a song by Silvestre Dangond, a Colombian vallenato artist. It’s sensational.

We could watch it every single day and, to be honest, we probably have given the number of times it’s been posted as a gif in our WhatsApp groups.

Well, now it’s got even better. We’ve sadly only just discovered it, but for the best part of a month now someone has been posting the same video of Maradona dancing every day except with a different song playing each time.

And so brilliant are the great man’s moves that, somehow, it looks as natural to see him dancing along to Dire Straits’ Sultans of Swing as it does There Is A Light That Never Goes Out by The Smiths.

There are 20 videos to enjoy so far, and we’re not even slightly ashamed to say we’ve binged on all 20 of them in the space of a couple of hours.

It’s impossible to pick a favourite because literally every one is amazing, but here he is dancing to Come On Eileen by Dexy’s Midnight Runners just to give you a taste. And whatever you do, watch until at least the 36-second mark when things step up to another level altogether.

Is this the best thing we’ve ever seen? Quite possibly. Now follow the page on Facebook and you too can look forward to 59 seconds of pure joy every day, hopefully for the rest of our lives.