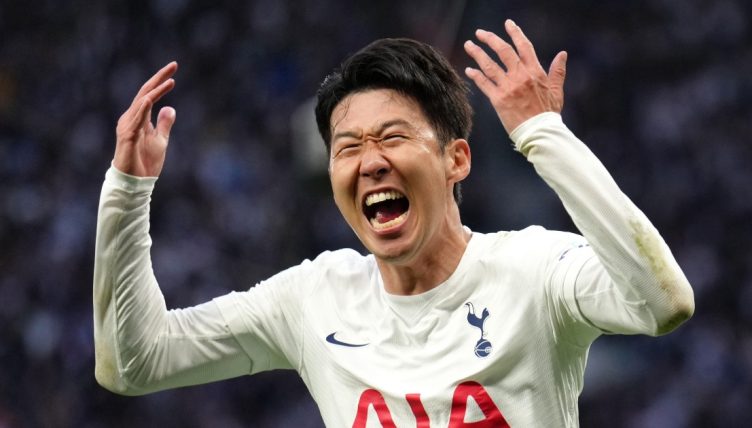 Tottenham Hotspur reignited their Champions League hopes with a 3-0 win over Arsenal on Thursday night and Son Heung-min was at the centre of the action – even stealing the show with his celebration for Harry Kane’s second goal.

Son scored his side’s third just after the break, taking his Premier League tally to 21 goals for the season and he now sits just one behind Mohamed Salah in the race for the Golden Boot.

And the South Korea international expressed his frustration with being substituted by Antonio Conte with 20 minutes to go.

“It was the gaffer’s decision and I need to accept it,” Son told Sky Sports.

“He says we have an important game on Sunday, so that’s why. At the moment I am not angry but disappointed, but I move on.

“I just wanted to keep playing but when I look back we have an important game on Sunday and I have to recover and be fresh.”

It’s easy to see why Son was annoyed at being taken off. The 29-year-old was central to everything good about Spurs’ play, bullying their defenders and playing with the freedom of a player at the top of his game.

His celebration for Kane’s second goal, a far-post header, encapsulated the joy of the Tottenham Hotspur Stadium. Jumping and punching the air, the forward banged the floor in a release of ecstatic energy as Spurs took the game away from their north London rivals.

Spurs have two games remaining – Burnley at home on Saturday and Norwich the following week – and are one point behind Arsenal as the race for Champions League qualification enters the final week of the season.