Watch: These Stefan Bajcetic touches will leave you moaning in delight 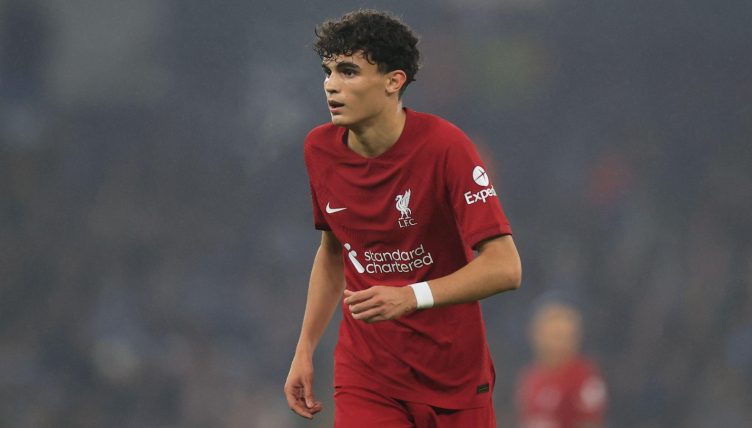 Stefan Bajcetic was the standout performer as Liverpool beat Wolves 1-0 in Tuesday’s FA Cup replay and some of the touches he pulled off at Molineux will delight the club’s supporters.

Bajcetic made his third start for Liverpool’s first team as one of eight players to come into the side following their Premier League thrashing at Brighton three days before.

And the 18-year-old produced a composed performance in midfield as Liverpool saw off their Premier League opponents to book a return to Brighton at the end of January.

With the likes of Jordan Henderson and Fabinho struggling in Liverpool’s midfield recently, Bajcetic’s performance provided a boost to the Anfield faithful that the 2022-23 season isn’t a complete write-off just yet.

“Good boy, good player. Very smart in his movements,” Jurgen Klopp told reporters after the game. “The younger you are, the more important it is that you have a good start in the game.

“What helps then, really, is that he wins these challenges. The last few steps before he blocks the ball, that’s really good.

“And having then Thiago next to him is, I think, pretty helpful. Thiago is talking a lot on the pitch – and Naby was really there tonight, which is obviously very helpful.”

A natural centre-back converted into a defensive midfielder, Bajcetic’s display was made all the more impressive given it was his first game back from injury.

And some of the touches he managed against Wolves left us floored. Despite their very public pursuit of Jude Bellingham and others, perhaps one of the solutions to Liverpool’s midfield woes lies right under their noses.

The way he invites pressure & beats it. How he opens up his angles. The reading of play, which once he speeds up the thought-process, will make him a ball magnet.

TRY A QUIZ: Can you name every Spaniard to play for Liverpool in the Premier League?