Throwback: Gerrard and Coutinho link-up to create goal vs Villa 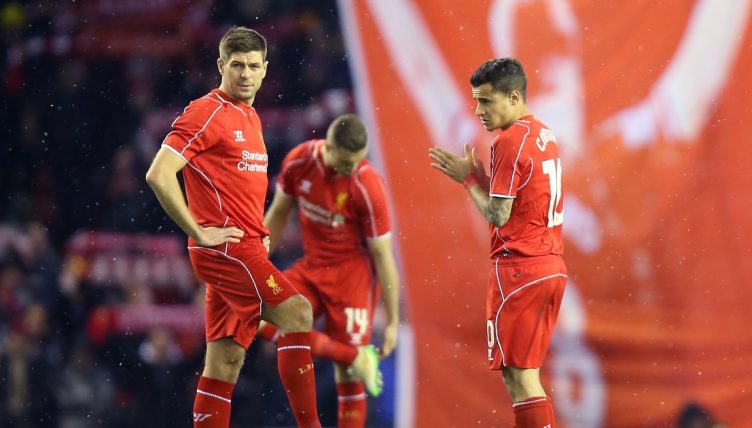 In one of the more surprising transfers we’ve seen, Aston Villa manager Steven Gerrard has convinced Phillipe Coutinho to join the club on loan for the remainder of the season.

Gerrard took over at Villa Park in November 2021 and has made his former Liverpool team-mate his first signing as Aston Villa manager.

Coutinho has been on the transfer list at Barcelona for some years now, after failing to live up to his £142million transfer fee during his four years in Spain.

The Brazil international had been linked with Newcastle United and a return to Liverpool this month before Villa swooped – perhaps remembering the damage Coutinho inflicted upon them during his first spell in England.

Just two months after joining the Reds, Coutinho travelled to Villa Park in March 2013 with Liverpool looking to rise up the Premier League table under Brendan Rodgers.

But Liverpool trailed to a Christian Benteke strike before the Brazilian linked-up with Gerrard to create Liverpool’s equaliser.

After collecting the ball from Jose Enrique deep inside his own half, the Liverpool captain pinged a delightful ball to Coutinho on the left flank.

Taking a touch to assess his options, the playmaker dissected the Villa defence with a through ball and found Jordan Henderson who slotted the ball away.

Liverpool eventually won the game 2-1 thanks to a Gerrard penalty and Villa fans will be hoping Coutinho has a similar impact in the West Midlands.