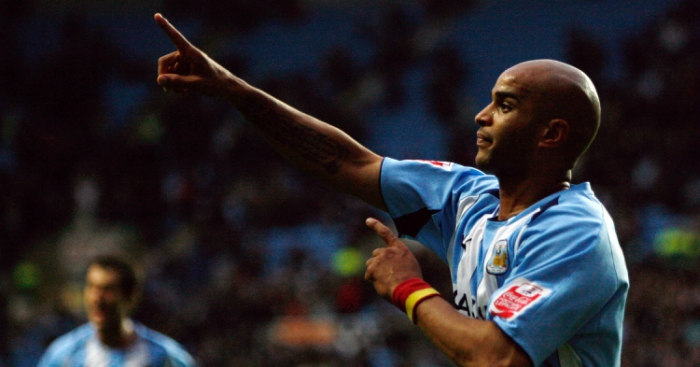 However, depression can be, and suicide claims 16 men in the UK every day. In terms all football fans will understand, that’s one every 90 minutes.

It is, in fact, the biggest killer of men under 45 in Britain, and our friends COPA90 have teamed up with Maytree, a sanctuary for the suicidal, to encourage football fans to talk about their feelings.

Not that it’s only fans who can suffer mental health issues. When it comes to mental health, everyone is on a level playing field.

Former Crystal Palace, Coventry and Charlton forward Leon McKenzie has been through it all, tackling his mental health issues during his playing days, and he too has spoken to COPA90.

“Injuries were a massive part in my footballing career, and that was detrimental to my mind,” he says.

“When I actually scored against Manchester United and scored several other goals, I was going through some of the hardest times of my life, and no-one would ever know.”

The series of videos encourage people to talk about their feelings, something which is not often done when football is involved.

Our very own Johnny Sharples, who lost his brother Simon four years ago, says: “The last match that my brother and I went to was Preston v Oldham back in 2014.

“There was the chance to sit there and speak to him about what was going on in his life, but he just didn’t seem sad at that moment.”

Elliot’s friend James took his own life in 2009, and he said: “I think sometimes men just want to escape, and talking about your emotions and feelings, that doesn’t feel like an escape.

Next time you’re at a match, talk to your mate about more than the game.