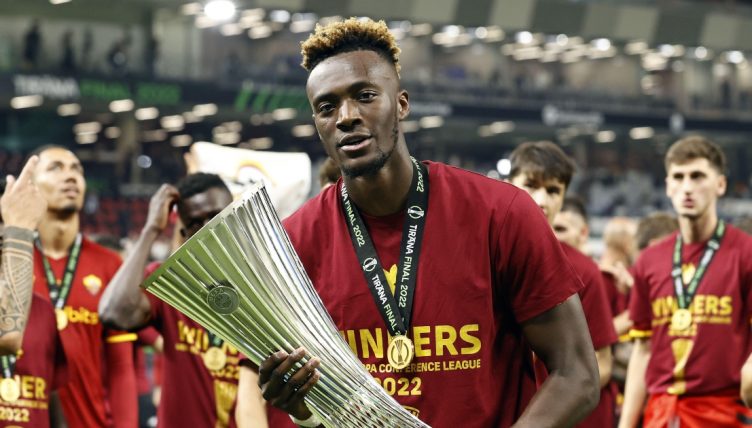 The striker has thrived under the tutelage of Jose Mourinho, scoring 27 goals in 52 appearances in all competitions in 2021-22.

“He [Mourinho] knows how to really drive you, and this is what I needed,” Abraham told reporters in April 2022. “I needed someone who can push me and bring the best out of me.

“He’s one of them managers who doesn’t have to tell you how good you are and how good you played. He always wants more and for me and the players this is the perfect manager.

“Jose is for me probably one of the best coaches to have ever walked on planet Earth.”

Nine of his 27 goals came in the Europa Conference League as Roma reached the inaugural final of the competition.

The 24-year-old had a relatively quiet game against Feyenoord but Nicolo Zaniolo’s first-half goal proved to be the difference between the two sides.

During the closing stages of the game at the Air Albania Stadium, Abraham battled for the ball with defender Marcos Senesi.

Roma’s No.9 then went down holding his shin and appeared to be injured, but he winked at Mourinho and seemingly indicated that he was just timewasting.

Mourinho, who has always been renowned for his excellent shithousery, will undoubtedly be proud of the England international.

Can you name Jose Mourinho’s 30 most-used players throughout his career?