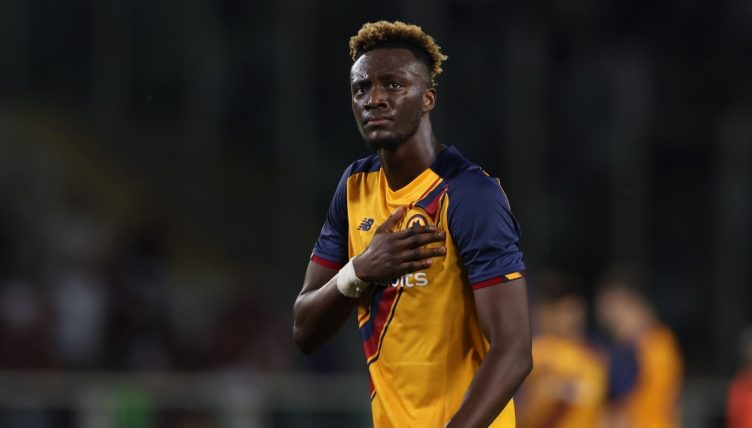 Tammy Abraham ended his 2021-22 season with a gorgeous goal during Roma’s 3-0 win at Torino – and set the record for the most strikes scored by an English player during a Serie A campaign in the process.

The 24-year-old has excelled in the Italian capital under Jose Mourinho following his switch from Chelsea last summer.

And Abraham has now etched his name into the Serie A history books following his brace against Torino which took his tally for the campaign to 17, surpassing the 16 goals scored by Gerry Hitchens for Inter Milan in 1961-62.

When asked about the potential of a move back to the Premier League, he told DAZN: “I love this club. They’ve given me the opportunity to show myself, my heart is here. We’ll see what the future holds, but my heart is here.

“Like I’ve always said, I fell in love with this club from the first day and I will always help the team as much as possible with my goals and assists.

“It’s been a good year for me, I hope to build on this year and hopefully we can finish with a trophy and it can be the perfect year.’

And Abraham’s first goal on Friday night was simply sensational. Turning away from his man with ease, the England international tucked the ball past the helpless Torino goalkeeper and wheeled away in delight.

Roma’s victory ensured their place in next season’s Europa League and they still have the UEFA Conference League final against Feyenoord to look forward to on Wednesday.

“This is a dream come true for Roma fans, for the club, we’ve made it to the final, now we have to rest and recover well, so hopefully we’ll be celebrating on Wednesday night,” Abraham said about the upcoming game.