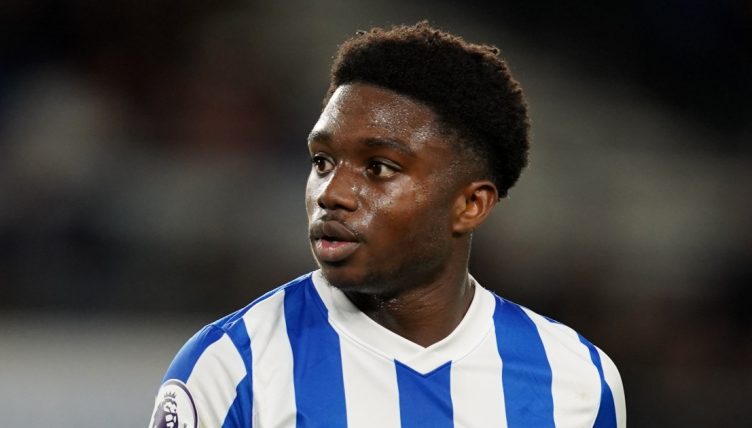 Brighton full-back Tariq Lamptey is one of the most exciting players in the Premier League and he demonstrated why against his former club Chelsea with a mazy dribble from his own penalty area.

Lamptey was highly thought of by Chelsea’s academy coaches and it was a surprise when he was sold to Brighton in January 2020.

The 21-year-old has shone for Graham Potter’s side, becoming renowned for his speed and technical ability as Brighton have consolidated in the Premier League.

And Lamptey wasted no time in showing his former club just what they’re missing with an astonishing turn-of-speed during Tuesday’s Premier League encounter at the AMEX Stadium.

Picking up possession inside his own penalty area, Lamptey put his foot on the accelerator pedal and burst away from three Chelsea players.

Callum Hudson-Odoi, who’d been tackled by Lamptey, could only stand and watch as his opponent motored away from Mason Mount, Jorginho and N’Golo Kante as Chelsea found themselves backpedalling.

The full-back looked capable of travelling the entire length of the pitch but was stalled by a lunge from Jorginho and had to settle for passing the ball to a team-mate.

Lamptey’s form on the South Coast hasn’t gone unnoticed by the Premier League elite and Manchester United are heavily rumoured with a move for the Brighton man.