The Broken Metatarsal: A new podcast to celebrate the best of 2000s football 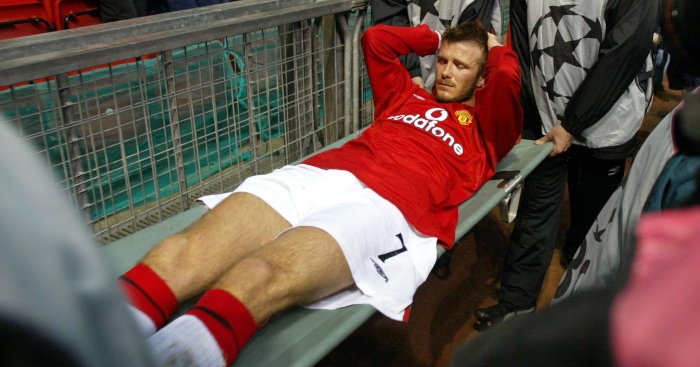 The Premier League had been around long enough by 2000 that the standard wasn’t quite as hilariously mixed as it was when foreign players first started to make their way to British shores, but the early part of the decade still seems like a completely different era of football looking back.

Then Abramovich took over Chelsea and everything changed. Not everybody was happy, of course, but for neutrals it meant players like Hernan Crespo and Juan Sebastian Veron moving to the Premier League. And that was damn exciting.

Arsenal going an entire season unbeaten was pretty noteworthy, too, and then Jose Mourinho arrived and ripped up the managerial rulebook. And it was f*cking brilliant.

Liverpool pulled off one of the greatest comebacks of all time in the Champions League final at the end of that season, and all this time we were getting excited about Wayne Rooney being our new Gazza.

Then came another takeover, this time at Manchester City, an all-English Champions League final, and Stoke City arriving in the Premier League to f*ck things up.

We repeat: football in the 2000s was ace. And we loved that decade so much we’ve decided to launch a podcast to celebrate every last wonderful moment of it.

And we’ve named it after three words everyone will immediately associate with the era: The Broken Metatarsal.

The first episode is released on Thursday, October 24 and features comedian and Arsenal fan Alex Brooker as we remember the Gunners’ amazing Invincibles season.

You can subscribe to us on all the usual channels via Audioboom, and here’s a clip to whet your appetite in the meantime.