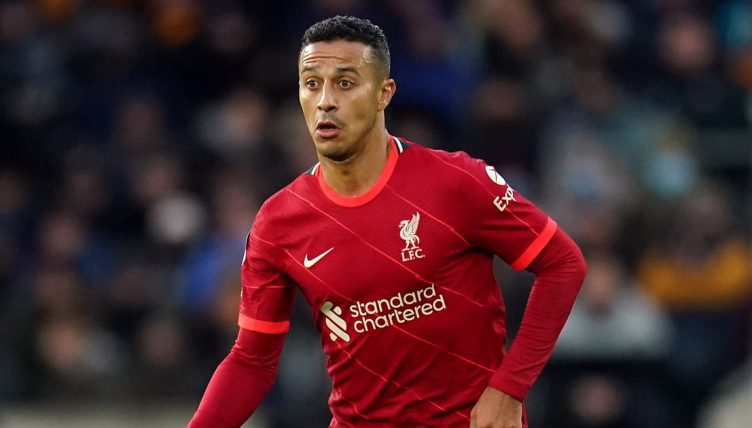 Liverpool’s Thiago pulled off an incredible no-look pass towards the end of his side’s Premier League game against Norwich which the Reds won 3-1.

The pass came in the 79th minute, with Liverpool leading 2-1.

The Spaniard dropped deep to receive the ball directly from Alisson and immediately turned with the intention of progressing the ball forward.

The midfielder spotted Kostas Tsmikas making a run down the left-hand side and promptly picked him out with a beautifully placed pass, looking the other way as he did so to add a huge element of flair to the move.

Liverpool had to come from behind to beat Norwich, who took a surprise lead in the 48th minute through Milot Rashica.

Thiago came on when Liverpool were losing and played a huge role in turning the game around.

He signed for Liverpool from Bayern Munich for around £20million in 2020 and has continued to impress since arriving at Anfield.

“It was difficult for Liverpool when Norwich went ahead, but Thiago absolutely ran the game after coming on,” pundit Jonathan Woodgate said to the BBC.

“He quickened the pace and slowed it down when he wanted to. He made the difference. That change from Jurgen Klopp won them the game,”

A three-minute salvo saw Liverpool take the lead, with Sadio Mane scoring in the 64th minute and Mo Salah giving his team a 2-1 lead in the 67th.

The match was rounded off by new signing Luis Diaz who scored with a well-taken finish in the 81st minute, chipping the Norwich goalkeeper after being played in by Jordan Henderson.

“We saw now two games with Luis, where he was absolutely incredible,” Klopp said post-match.

“We changed the system and brought Luis in the centre and he makes this wonderful run in the centre, it’s good – he’s just an outstanding talent!”

Liverpool’s win and Manchester City’s 3-2 loss to Spurs now means there is just a six-point gap between the sides, with Liverpool having a game in hand.