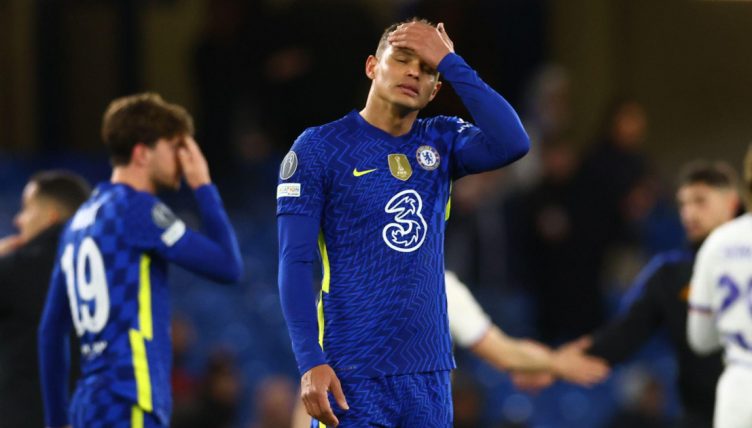 As Thiago Silva returned to the Chelsea bench after being substituted in Chelsea’s 6-0 win at Southampton, fans were quick to notice another sour moment for Ross Barkley.

Barkley, who has made just five Preie League appearances this season and was an unused substitute at St Mary’s, offered Silva a high-five.

But the England international was invisible in the eyes of Silva, who high-fived Kai Havertz before waving at someone in the distance. Barkley’s outstretched hand remained untouched and Hakim Ziyech was also blanked by his team-mate.

The centre-back has been sublime since his arrival from PSG on a free transfer in 2020, forming a crucial part of the back three that has won the Champions League, UEFA Super Cup and Club World Cup under Thomas Tuchel.

Tuchel recently praised his defender and his ability to still play at such a high level at his age.

“I like that he pushed himself to the limit with this step from Paris where he had everything, where he was the captain into the uncertainty, into this adventure of the toughest league in the world. It shows that even if he’s a calm guy, he’s a lion inside,” he told Chelsea’s website.

“This is simply outstanding and only because of that it’s possible.”

Silva recently signed another contract extension, keeping him at Stamford Bridge for another season, and he has shown few signs of slowing down.

At the other end of the popularity spectrum at Chelsea, Barkley will almost certainly move on for a fresh challenge at the end of the season and this high-five snub is just the latest excruciating moment for the 28-year-old.