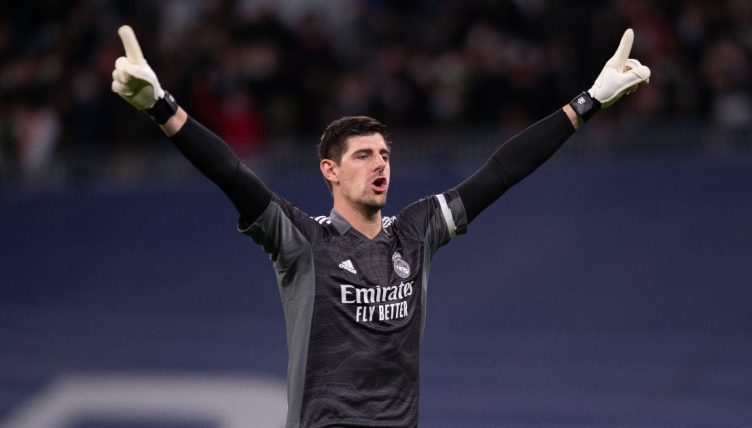 Courtois made over 150 appearances during his seven years at Chelsea, helping them win two Premier League titles, the FA Cup and a League Cup.

But he completed a £35million move to Madrid in the summer of 2018 and the nature of his exit left a sour taste in many people’s mouths.

The Belgium international returned to Stamford Bridge for the Champions League semi-final in 2021 but the game was played behind closed doors.

After being drawn against Chelsea in the knockout stages for the second consecutive season, Courtois knew he’d play in front of his former fans.

“I hope that they [Chelsea fans] don’t boo me but you never know,” the goalkeeper told Madrid’s official website before the first leg. “I’m prepared for whatever comes and we’ll have to see how it goes.

“I hope it’s a happy return to Stamford Bridge. We’re now rivals. They’ll want to win and the same goes for me too and so I’m not expecting any applause from the fans.”

The 29-year-old enjoyed the first leg at Stamford Bridge as a hat-trick from Karim Benzema gave Carlo Ancelotti’s side a 3-1 lead.

But Chelsea stunned Madrid at the Bernabeu as goals from Mason Mount, Antonio Rudiger and Timo Werner turned the game on its head.

Los Blancos refused to give up and goals from Rodrygo and Benzema gave Madrid a 5-4 aggregate lead.

During the closing stages of the game, Chelsea’s Kai Havertz looked to win the ball back and put pressure on Madrid’s goalkeeper.

But Courtois displayed nerves of steel in the penalty area, producing a cheeky drag-back that sent the Germany international to the shops.

Madrid held on for the aggregate win and are now in the Champions League semi-finals for the first time since the 2017-18 season.

Thibaut Courtois might have been the coolest man inside the Bernabéu at this point 😎#UCL pic.twitter.com/EClEg2zp8V