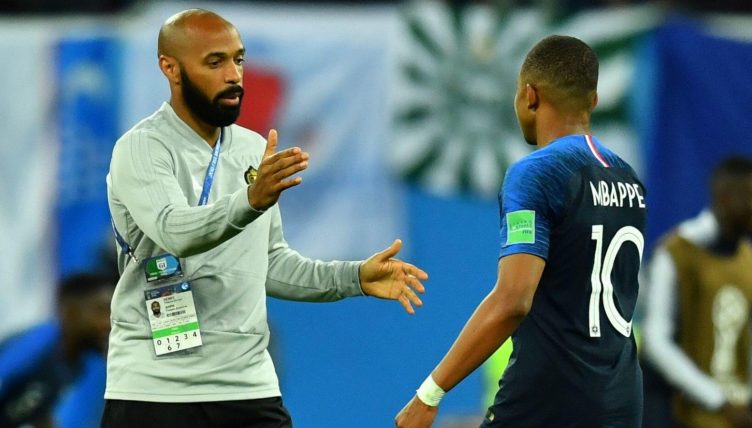 French football legend Thierry Henry has offered some advice to his young compatriot Kylian Mbappe – do as the boss says.

Henry is the all-time top goalscorer in the history of the France national team – a record that 23-year-old Mbappe is well on his way to one day surpassing.

Unlike Henry, who left his home country in search of a new challenge abroad when he was 22, Mbappe remains in France. His contract at PSG was set to expire in the summer, with widespread expectations that he was set to join Real Madrid, before doing a U-Turn and signing a new deal with the Parisiens that runs until 2025.

But less than six months on from extending his contract in Paris – a deal that makes him the best-paid player in the world, no less – Mbappe has shocked the world of football by deciding he wants to leave the club already.

Widespread reports emerged on Tuesday afternoon suggesting that Mbappe is frustrated at PSG, unhappy with his role as a central striker, and will do everything in his power to force through a move and leave the club as early as January.

French journalist Julien Laurens appeared on the CBS Sports Golazo programme to give the lowdown on the situation ahead of PSG’s 1-1 Champions League draw at home to Benfica, in which Mbappe scored a penalty.

“We were told today, this afternoon, the story is that he is unhappy. Very unhappy,” said Laurens.

“That, on top of all the tension we saw in recent weeks, has got us to this point where he’s decided to leave as soon as possible, which will be in the January transfer window.”

Henry – who has backed Mbappe ahead of Haaland in the new Messi-Ronaldo debate – was asked to give his response.

“I will use my own story. I didn’t like to play out wide for Barca. I hated it! But I did it for the team,” the 45-year-old Arsenal legend replied.

“There is one rule: if the boss asks you to do something, you do it, – if it’s good for the team! If it’s bad for the team, I would get the argument.”

Playing alongside a young Lionel Messi back in 2008-09, Henry won the first and only Champions League of his career, playing out wide for Pep Guardiola’s all-conquering Barcelona. Perhaps Mbappe should listen to Henry if he wants to get his hands on European football’s most prestigious cup competition this season.

🗣 "There's only one rule, the boss is asking you to do something, you do it for the good of the team."