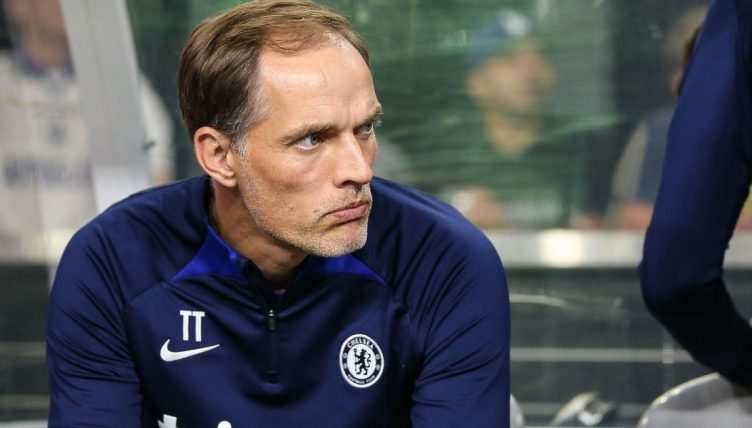 Chelsea manager Thomas Tuchel is unhappy with Barcelona’s conduct during this summer’s transfer window, according to reports.

The Catalan club have been something of a thorn in the side of Tuchel in recent weeks.

Chelsea agreed a fee with Leeds United for Brazil star Raphinha, but Barcelona ended up hijacking the deal, and there are suggestions they’re currently looking to do the same thing with Sevilla centre-back Jules Kounde.

To make matters worse, Barcelona are also said to be sniffing around Blues captain Cesar Azpilicueta, and the rumours of the experienced defender’s move to the Camp Nou just won’t go away.

“We have a Spanish international player, captain for Chelsea and I see it on the same level but Barcelona does not see it on that level so I’m not sure if I want to give Azpi what he wants,” Tuchel said (via Tom Roddy of The Times)

“Maybe I’m a little bit annoyed with Barca. But I do my best for Chelsea. I said that to Azpilicueta, he doesn’t like it – but he understands,” he added (via Fabrizio Romano).

All this could make it awkward if Chelsea decide to enter negotiations with the La Liga giants for Frenkie de Jong. They’re said to be interested in the Netherlands international and could well decide to battle Manchester United for his signature.

Transfer specialist Fabrizio Romano has since taken to his YouTube channel to explain the beef between Tuchel and Barcelona.

“He said they are pushing Azplicueta,” began Romano.

“And I understand his point of view. Azpilicueta has a proposal from Barcelona for a long time. It’s the truth. A two-year contract from Barcelona, with an option for a third season. Xavi wants the player. He’s putting pressure.

“But at the same point, Tuchel is saying ‘I’m not sure if I’m going to give him what he wants and what Barcelona want’. Because at the moment, Chelsea are not happy with Chelsea’s proposal for Azplicueta. They say he is an important player. He players for Spain, he’s captain, a winner – ‘We want something important for Azplicueta, not small money'”