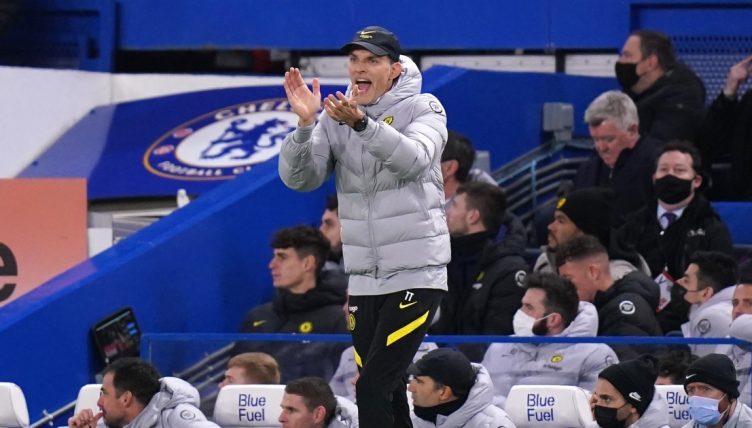 The 2-2 draw between Chelsea and Liverpool was arguably the best game of the Premier League season to date – and Blues boss Thomas Tuchel lived every single second of it.

Tuchel made headlines before Sunday’s match with his decision to drop Romelu Lukaku from the matchday squad after the striker gave an explosive interview to Sky Italia in December.

And the Champions League-winning manager was incensed when Sadio Mane was not sent off for a first-minute elbow on Chelsea captain Cesar Azpilicueta.

But salvation appeared in the form of Mateo Kovacic’s stunning volley from the edge of the penalty area – at least, until VAR began to check whether the goal should stand.

Standing on the touchline, Tuchel was furious at the review and his reaction was captured by an enterprising fan in the crowd.

Chelsea levelled before the interval but couldn’t find a second-half winner. They are now 10 points behind Manchester City and the title looks a forlorn dream, even at this early stage of the season.