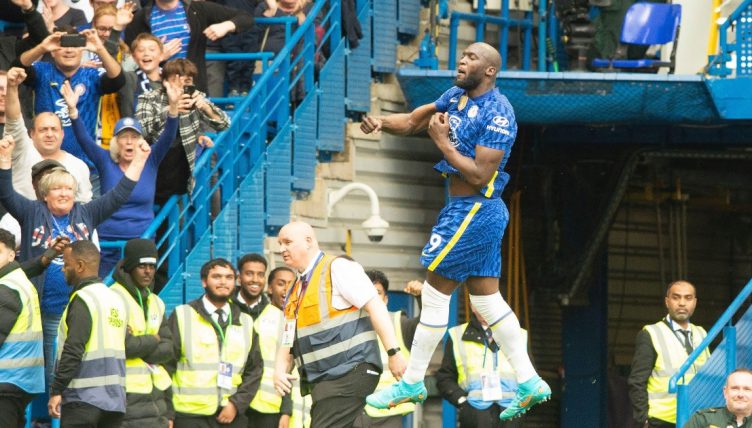 Chelsea manager Thomas Tuchel had a hilarious one-word answer when he was asked in an interview about why he had included Romelu Lukaku in the side that faced Wolves in the Saturday afternoon Premier League match.

When asked in a pre-match interview what he wanted to see from the Belgian striker, the German manager had a simple response.

He was rewarded for his faith in the £100million striker, who scored twice against Wolves and was given a round of applause when he was substituted in the 90th minute.

However, the result did not go Chelsea’s way, with Wolves coming back from 2-0 down to snatch a draw in the final minute of the match through a Conor Coady header.

Lukaku’s goal came from the spot after Lukaku was brought down by Romain Saiss in the box, the referee awarding the penalty after VAR encouraged him to have a second look on the pitch-side monitor.

Lukaku had been insistent on taking the penalty, picking the ball up the moment VAR began looking at the decision, and he showed great composure to convert the chance from the spot.

Moments later he had the ball in the back of the net again, although this time from much further out. Miscommunication between the Wolves defence and midfield presented the ball to Christian Pulisic in the 58th minute.

He played the ball into the path of Lukaku, who fired in from range past goalkeeper Jose Sa.

“He didn’t come on [against Everton] because we had three subs and had to use one for Jorginho at half-time. He trained very well.”

Lukaku has not had an easy time of it since returning to Stamford Bridge last summer, and his future has been the subject of much debate with a move away from the club just a year after coming back a real possibility.