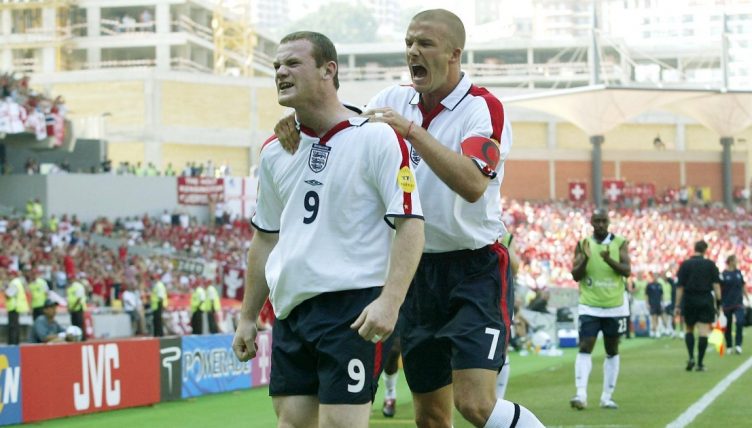 With Euro 2020 finally just around the corner, fans have been looking back at past players who have lit up the tournament for England and, of course, Wayne Rooney’s name emerged.

Gareth Southgate will name his final squad for this year’s tournament next week and there are sure to be many angry club fans when their favourites do not make the cut.

Rooney went to his first major international tournament as an 18-year-old in 2004 after Sven-Goran Eriksson brought him to Portugal for the European Championships following his first season with Manchester United. The teenager captured the attention of the continent.

A compilation of the striker’s tournament shows him playing with complete freedom and not a drop of fear, drifting past some of the best players in the world as he did, most notably nonchalantly nutmegging Robert Pires.

He ended the tournament with four goals to his name, coming joint second in the race for the Golden Boot.

Which current player will step up and replicate his performances this summer?