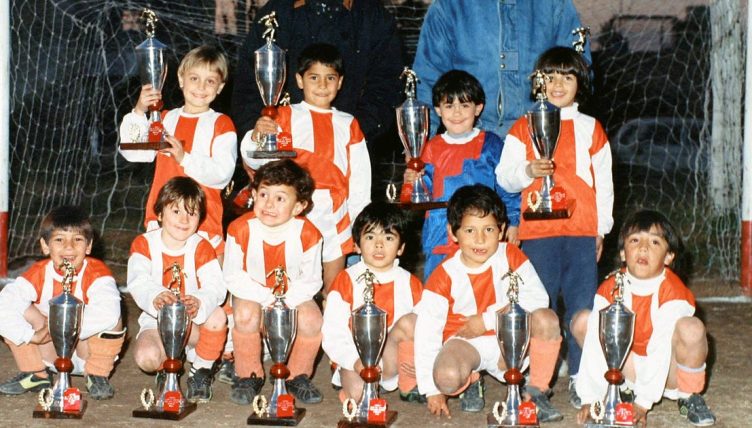 If you read anything about Lionel Messi before he moved to Barcelona, it’s immediately obvious that he was always a special talent back home in Rosario, Argentina.

Messi has arguably become the greatest player in the history of football, but he came from humble beginnings at his boyhood club Newell’s Old Boys.

The official Newell’s English Twitter page has unearthed some brilliant videos of a young Messi over the years, and their latest video is no exception – what may well be Messi’s first-ever interview.

Already wearing that famous No.10 shirt, Messi scored two goals in the Newell’s youth ranks and dedicates them to “my father, my uncle and all my family.”

The Argentinian is now playing under a fellow Newell’s academy graduate, Mauricio Pochettino, at PSG. The coach famously developed his game under Leeds United manager Marcelo Bielsa, who had such an impact at the Rosario club that they named the stadium after him.

A young Lionel Messi speaks after a goalscoring performance for Newell's Old Boys. This may be his first ever post-match interview. #Newells pic.twitter.com/wWI3o6kUZL

Watch: Unearthed video shows a young Lionel Messi tearing it up at Newell’s