Throwback: Drogba reveals how Lampard made him stay at Chelsea 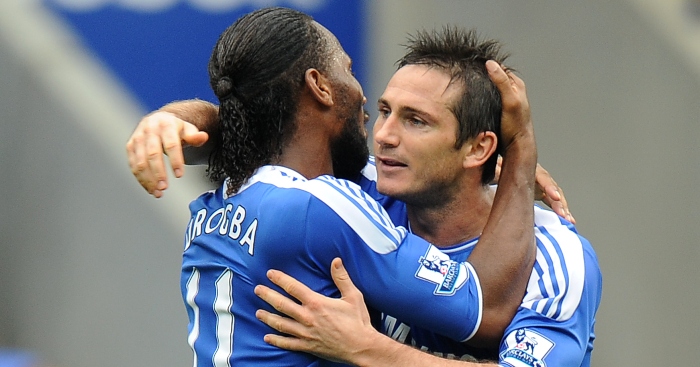 It seems weird to think of Didier Drogba playing for anybody else except Chelsea.

You can argue, with the exception of Diego Costa, that Drogba has yet to be adequately replaced at Stamford Bridge such was his impact.

It’s easily forgotten that the Ivory Coast forward struggled during his first two years at the club. Dogged by accusations of diving and a mediocre goal return, Drogba was on the verge of leaving Chelsea.

Enter Frank Lampard. Sky Sports Retro recently uploaded footage on their YouTube channel of Drogba admitting they “didn’t really talk before”, until Lampard sent Drogba a text message that convinced him to stay at the club.

The iconic forward admitted that Lampard’s message “gave him the confidence to realise I was part of the team”.

In terms of sliding doors moments in Chelsea’s history, this is right up there – or maybe it would have provided Ben Sahar with that chance of first-team football we all craved…