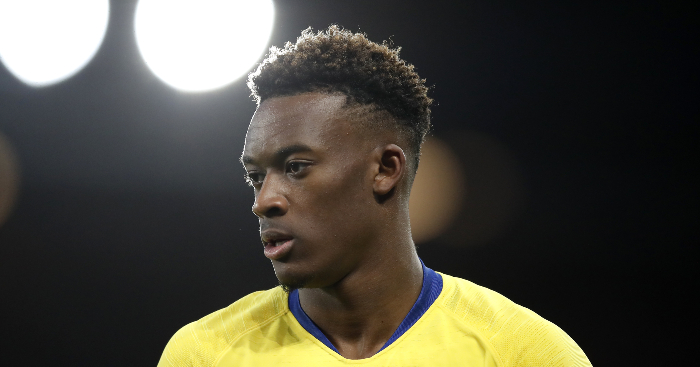 Chelsea’s Callum Hudson-Odoi is one of the most exciting young players in the Premier League – but footage from two years ago shows that his talent has always been plain to see.

After breaking into the first team last season, the 18-year-old scored five goals and registered seven assists for the Blues, and he was even linked with a move to Bayern Munich.

However, Hudson-Odoi first caught people’s attention while playing for Chelsea’s development squad against Liverpool back in 2017.

The winger picked up the ball in his own half and dribbled past three Liverpool defenders before rounding the goalkeeper to score.

After Hudson-Odoi signed a new five-year contract with Chelsea earlier this week, the club reminded everyone of his talents by posting that incredible solo effort on Instagram.

#FlashbackFriday to when @Calteck10 did THIS against Liverpool for our development squad! 🤯👏 #CFC #Chelsea

How the last 10 big-name Chelsea departures have subsequently fared