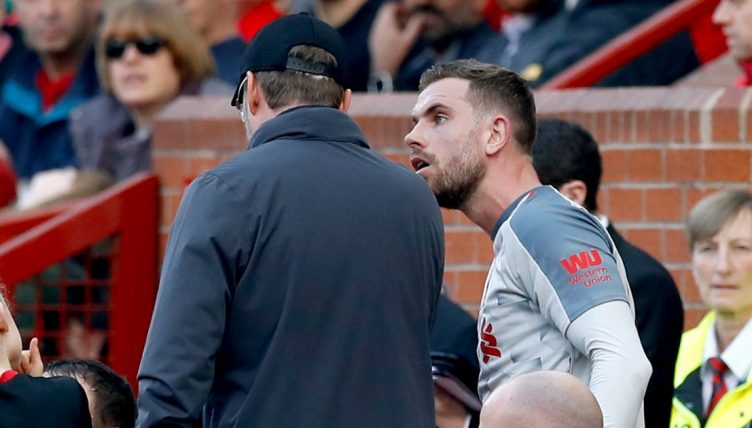 There was an awkward moment after Liverpool‘s 4-2 victory over Manchester United, as Sadio Mane refused to shake Jurgen Klopp’s hand. If a previous incident is anything to go by, fans needn’t worry.

Mane had to make do with a cameo off the bench as Liverpool registered their first win at Old Trafford, and evidently wasn’t happy about it.

“If somebody shows me respect five million times and one time not, what is then more important?” Klopp said in relation to the latest incident with the Senegal international.

“The world is in a situation when you make this one time bigger than necessary. That’s unfortunately the case. I hope for you that your boss, if you one time don’t show him respect, he then does not forget all the other stuff.

“I am completely relaxed about it. If you had seen me as a player what I did out of emotion was insane – and I’m a completely normal guy. But it happened to me. We will talk about it and then it will be sorted. Everything will be fine. That’s all.”

It made sense that the Liverpool boss downplayed the incident, given previous with Jordan Henderson, with a similar incident, also at Old Trafford back in February 2019.

Henderson was withdrawn with 20 minutes to go, and ignored Klopp’s outstretched arm as he came off applauding the fans. The cameras caught a frosty exchange between the pair, but there was little to worry about.

Three months later, Henderson captained Liverpool in the Champions League final victory over Tottenham, and throughout the subsequent season as the Reds won their first league title in 30 years.

(Transcripted) Klopp and Henderson got into a little confrontation after the captain was taken out for Shaq. Crumbling under the pressure?
pic.twitter.com/9S6sQIgrXg