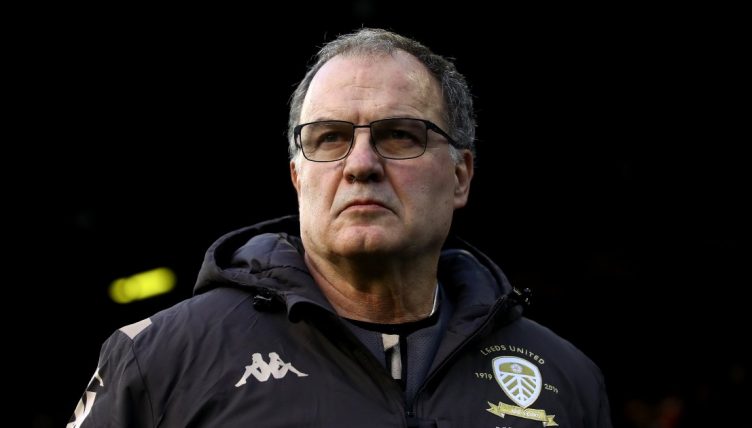 Marcelo Bielsa has officially parted company with Leeds United after four years, a reign which saw him guide them back to the Premier League.

It was his longest stint with any senior club side and was full of emotional moments, none more so than the 2020 Championship title win.

It means Leeds finally returned to the Premier League after their 16 years in the lower league following their relegation in 2004, which was strongly linked to financial mismanagement.

In the video, Bielsa is shown emerging to celebrate promotion with the side he had cultivated into title winners and would then lead to an impressive ninth place finish in their first season back in the top flight.

He first embraced fellow Spanish speaker and club hero Pablo Hernandez, before hugging Kalvin Phillips who was an integral part of his Leeds sides.

He followed that up by celebrating with Leeds’ Patrick Bamford.

Both Bamford and Phillips have been out injured for almost all of Leeds’ campaign this season and were both vital parts of Bielsa’s side.

Their absences no doubt contributed massively to Leeds’ disastrous form in recent months which sees them hovering dangerously above the relegation zone in 16th.

The Whites are just two points ahead of the drop, with both Everton and Burnley having games in hand on them, and ultimately led to the decision that Bielsa had to go.

It will be a bitter pill for many Leeds supporters to swallow, with the fanbase having a unique and emotional connection to the mercurial Argenine manager.

Bielsa is one of the most influential figures in modern football, with many of the greatest managers in the modern game inspired by his methods and long career.