Throwback: Messi’s masterclass from his last CL tie vs Madrid in 2011 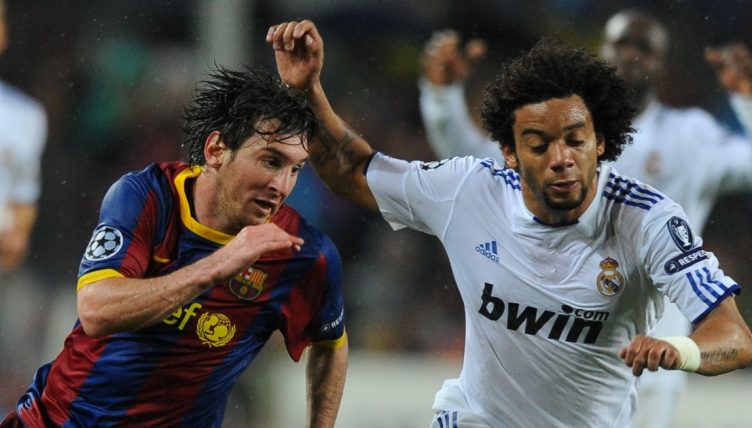 Last time Lionel Messi faced Real Madrid in the Champions League was in 2011. On that night, he netted a match-winning brace to send Barcelona to the final of the competition. Tonight, he wears PSG colours, aiming to inflict misery on Madrid again.

The performance Messi produced to knock-out Madrid at the Bernabeu over a decade ago is still fresh in the memory of many football lovers.

His second goal – a solo run, followed by a fine finish – is arguably one of the best goals we have ever seen. It was scored in a semi-final on the greatest stage of all.

Pep Guardiola’s men won 2-0 that night in the Spanish capital, booking a second final in three years against Manchester United with a 1-1 draw in the return leg on home soil.

However, the Argentina international has struggled to find the target in his recent encounters against Los Blancos – he has gone seven successive games without scoring against the Spanish giants.

Messi is yet to make the impact many expected one of the greats of all time to have made in France. But starting in the last 16 at the Parc des Princes represents an opportunity for the 34-year-old to run back history and break Madrid hearts in Europe.

“I had no doubts, Leo is the best player in the world,” Mauricio Pochettino boss told reporters earlier this month.

“He needed time to recover his best physical shape, after a month without playing because of the Covid.”

Leo Messi was majestic against Madrid in 2011 🙌