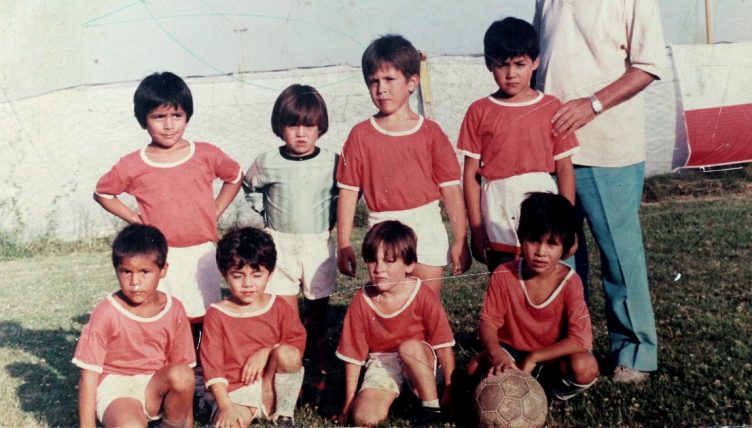 Footage has re-emerged of an incredibly young Lionel Messi running rings around his opponents in Argentina.

Messi is widely regarded as the greatest footballer of his generation and is rated alongside the likes of Pele and Diego Maradona as the best ever.

And footage has emerged of a seven-year-old Messi destroying his peers with his dribbling skills.

It’s easy to become transfixed as the pint-sized magician controls the ball in the manner of a seasoned professional.

Other highlights include the number of the laser-precise finishes past helpless goalkeepers and the trail of frustrated opponents that Messi leaves in his wake.

“As you can see, there’s a pitch with not much grass, filled with dirt, even some rocks.”

After turning out for the local club, Messi went on to join Newell’s Old Boys at the age of six – and this footage shows him tearing it up in the famous red and black kit, which he later adorned in tribute to Diego Maradona, who had a short spell at the Argentinian club back in 1993-94.

Many people believe that professional footballers require a minimum of 10,000 hours of practice but these clips show that Messi has always been an incredibly gifted player.

Messi has actually been the most talented player in the planet since the day he was born pic.twitter.com/3KMU4rWJYH