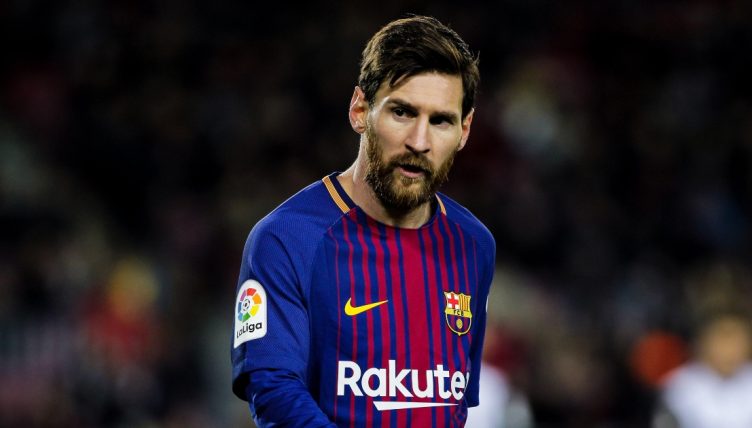 If you ever needed more evidence that Lionel Messi is one the greatest footballers of all time, look no further than this slice of filth for Barcelona back in 2018.

Messi has now moved on to Paris Saint-Germain, leaving a lot of wistful fans behind in Catalonia.

And while his first season in Paris was not as easy as he or his new employers would have hoped, he has been back to his scintillating best in the 2022-23 campaign.

He will also travel to Qatar in November 2022 for what must surely be his final shot at winning the World Cup – pretty much the only thing missing from his vast collection of trophies.

Yet whatever happens to him with Argentina at the Mundial, Messi’s status as arguably this generation’s greatest footballer – and arguably the greatest ever to have lived – has long been secured.

If you really, really still need proof of that, then look no further than this filthy nutmeg on Filipe Luis during a 1-1 draw with Atletico Madrid back in November 2018.

Firstly, the header to bring the ball under control initially was ridiculous – Messi rose like a salmon bouncing off a trampoline to bring the high ball under his spell.

He impressively regained his balance quickly in order to hold off the advancing Brazilian defender.

Mere mortals would be happy to lay the ball off to a team-mate, but Messi is hardly one of those. In one swift movement, the Argentina captain flicked the ball through poor Filipe Luis’ legs and tore off down the touchline.

Three Atletico defenders attempt to crowd him out but Messi was able to lay the ball towards the nearby Luis Suarez.

Did he mean it? Of course he did.

As Filipe Luis himself said in 2021: “ Messi had a thing – and I studied him a lot – that was very important. He improvises. He doesn’t have the dribble in his mind before the ball gets to him.

“He watches the defender’s movement and depending on your body position, he goes one way or the other.

“When he received with his back to me, there would be a hard challenge and because he’s so strong, so resistant, because he doesn’t go down looking for fouls, the foul is not given away.

“If he receives the ball facing you, one on one, it’s impossible because of that improvisation he has. You can’t plan for it, because he is watching you and can change.”

Messi still needs to explain how he did this 😳 pic.twitter.com/m066wxhTAn

WATCH MORE: Lionel Messi has been the GOAT since day he was born