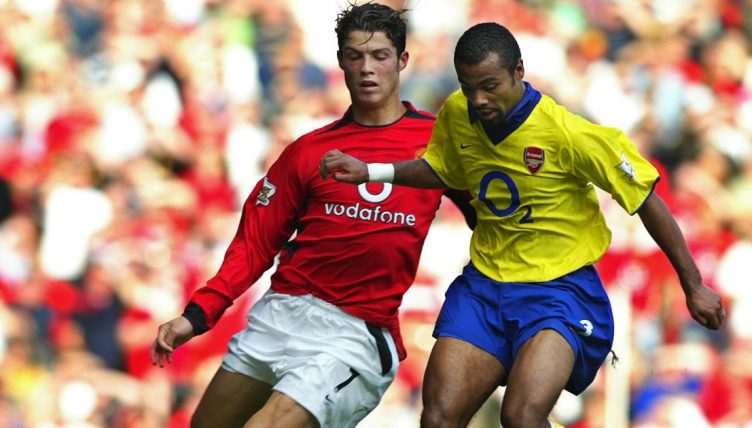 Since Cristiano Ronaldo completed his return to Manchester United, fans have been looking back at his first spell at Old Trafford.

Ronaldo first joined United from Sporting Lisbon in 2003 and quickly became a fan favourite due to his dazzling footwork and repertoire of skills.

During the iconic game against Arsenal in September 2003, the Portugal international came up against Ashley Cole for the first time. He got off to a great start and twisted Cole inside out with a simple bit of dribbling, leaving his opponent in a heap on the floor.

Despite Ronaldo coming out on top on this occasion, he still regards the former England international as one of his toughest opponents.

“Over the years I had some great battles with Ashley Cole, he does not give you a second to breathe,” Ronaldo told Coach Mag in 2016.

“He was such a tenacious player when he was at his peak, quick, tough in the tackle. You knew it would never be an easy game.”