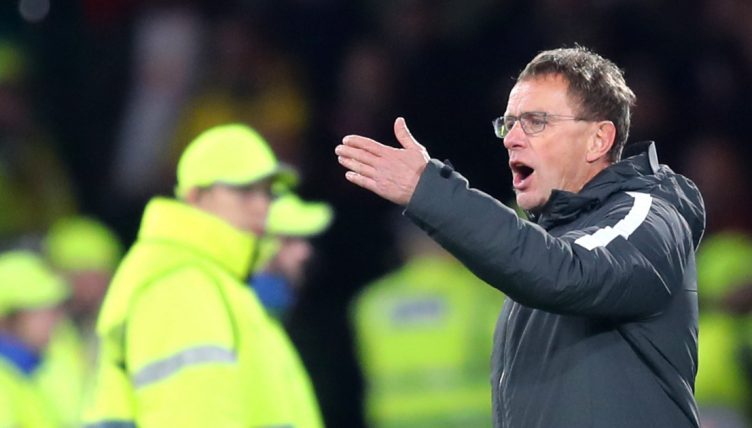 New Manchester United interim boss Ralf Rangnick has had his fair share of drama during his long and impressive career, and this was no different during his spell as RB Leipzig sporting director.

At half-time during a game against Bayern Munich in 2017, Rangnick took to the pitch to confront the referee after his side weren’t awarded a penalty. Sporting directors are not even allowed near the pitch, but he simply did not care.

The German even tried to show the official a replay of the decision on his phone, in a move that surprised the players and staff of both sides.

Bayern defender Mats Hummels attempted to stop Rangnick, and the two briefly clashed on the pitch, despite attempts from David Alaba to separate the two.

“You can’t do that. It could lead to the ref thinking that he’s not acting cool,” Leipzig head coach Ralph Hasenhuttl said after the game.

We’re sure Rangnick will be more restrained when it comes to dealing with Premier League referees, right?