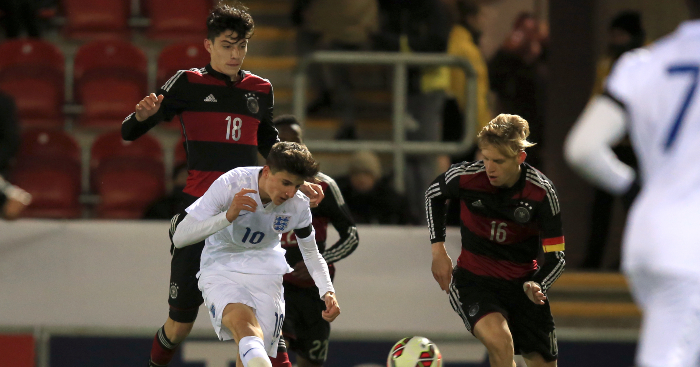 Mason Mount and Kai Havertz may be new team-mates at Chelsea, but the duo go way back.

While both players are examples of Chelsea’s faith in youth under Frank Lampard, they very much represent two contrasting approaches to youth recruitment.

In Mount, Chelsea have developed the midfielder over 15 years at the club, carefully monitoring his progress throughout the academy, loan spells at Vitesse and Derby County, and finally the first team.

Havertz, on the other hand, is the same age as Mount but arrived at Stamford Bridge via a £71million transfer from Bayer Leverkusen, where he had already earned the reputation as one of the most exciting young midfielders in world football.

As a result, there can be a tendency to view Havertz as the sexy, high-calibre new recruit that will eventually transform Chelsea into serial challengers once more, whereas Mount has recently been pigeonholed as the teacher’s pet for both club and country, as if his success is solely down to being sensible and diligent.

That misses the point by quite a distance – namely, that Mount is ludicrously talented himself.

Havertz is no doubt under no illusions about Mount’s quality, especially after he was on the receiving end of it himself as a youngster.

Appearing for Germany Under-17s against England Under-17s at Rotherham five years ago, Havertz – wearing the No.18 shirt in the below clip – found himself powerless to stop Mount’s cheeky turn and could only watch in admiration at his future team-mate’s stunning finish into the top corner.