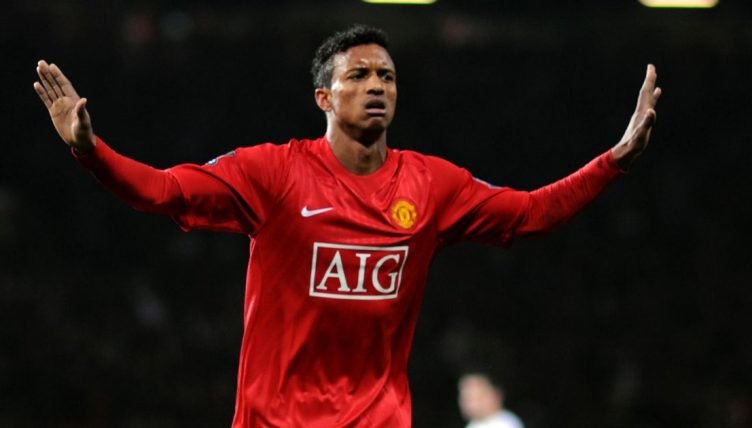 While Nani may never have lived up to his full potential at Manchester United, the Portugal international was always a brilliant entertainer at Old Trafford.

The winger always seemed to reserve his finest performances for matches against Arsenal and helped United take a 4-0 lead against the Gunners in a 2008 FA Cup tie, scoring the third goal after just 38 minutes.

Nani then decided to rub salt into their wounds and humiliated Justin Hoyte by repeatedly juggling the ball on his head like a trick-performing seal.

As we all know, he wasn’t the first man to pull off the seal dribble on the pitch. That accolade belongs to the infamous Brazilian Kerlon, who never quite fulfilled the massive potential he showed, which you can read all about here.

But Nani did it on a bigger stage than Kerlon and, unsurprisingly, his showboating really infuriated the Arsenal squad, with the Portuguese winger brutally hacked down by Mathieu Flamini just moments after juggling the ball on his head.

While we very much condone this sort of showboating shithousery, Sir Alex Ferguson and Arsene Wenger condemned Nani for overstepping the mark and the winger was forced to give up the seal dribble.

“In Portugal, I have done this many times but it is only because it is an entertaining spectacle and not because I disrespect my rivals,” Nani told the Daily Mail in 2008.

“I am a professional and am always very respectful with all the opposing players, but I do appreciate now that it may have looked bad.

“After the match, Ferguson spoke to me and demanded that I do not repeat it in order to avoid problems.”

Still, we’re not sure Justin Hoyte ever recovered to be honest.

READ NEXT: Nani, Manchester United, and the unfair portrayal of a ‘frustrating’ talent