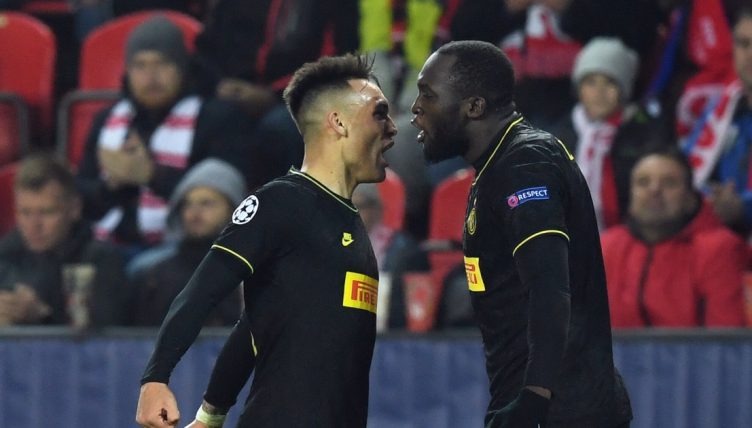 Chelsea fans are delighted that Romelu Lukaku has rejoined the club from Inter Milan and are currently salivating with anticipation at the number of goals he’ll score – but it was a Lukaku assist that caught our eye.

The match in question was Inter Milan’s encounter with Slavia Prague in the Champions League back in 2019, where Lukaku scored in a 3-1 victory.

But that goal took a backseat to this ridiculous assist for Lautaro Martinez which we’ve had on repeat over and over.

Belgium’s record goalscorer won possession himself on the right flank and his run forward was tracked by two Slavia defenders.

Problem? Not for Lukaku, who responded by sweeping an imperious pass with the outside of his left foot directly into an unmarked Martinez’s path.

As if realising such a pass deserved to become an assist, Martinez hit a sweet first-time volley past the stranded Ondrej Kolar to cap Inter’s victory.

Inter failed to progress beyond the Champions League group stages in either of Lukaku’s seasons in Italy and, given the club’s financial problems, it is perhaps understandable that the striker has decided to join the European champions for a £98million fee.

And that sound you can hear is Chelsea fans rubbing their hands with glee at the prospect of Lukaku running out at Stamford Bridge once again.

They won’t show you this side of lukaku #lukwhosback pic.twitter.com/WULtJMDO1h