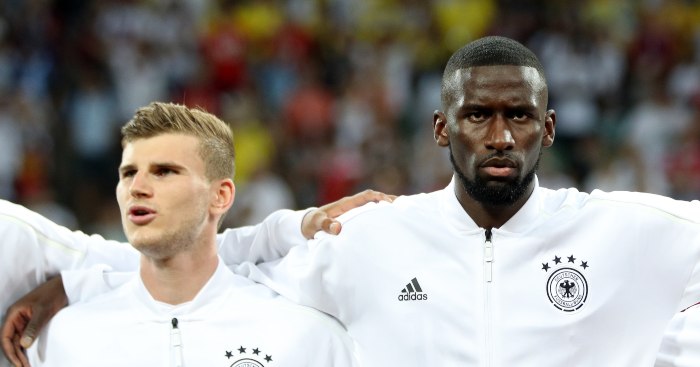 All eyes will be on Timo Werner next season after the striker agreed to join Chelsea for £47.5million from RB Leipzig, but he’ll at least have the support of an old friend in dealing with the pressure at Stamford Bridge.

Antonio Rudiger has already joked that he will be in “trouble” if Werner fails to live up to expectations in the Premier League, telling SportBild: “I have known Timo for a long time. I made a clear recommendation to do everything possible to get him.

“From the next season on he will have to deliver, otherwise I will get in trouble with the club afterwards.”

Werner himself will be holding Rudiger to his word, telling RB Leipzig’s official YouTube channel: “I asked him what it’s like, what the environment is like, what the coach is like. He was positive about it all. It would have been strange for him to say different, though!”

The duo go back a long way, with both players emerging from Stuttgart’s academy. Rudiger broke into the first team midway through 2011-12, with Werner joining at the start of 2013-14 to become the club’s youngest ever player in the process.

A clip has surfaced on Reddit of Werner scoring his first Bundesliga goal for Stuttgart against Eintracht Frankfurt, when Rudiger was the first to the scene to celebrate with the youngster.