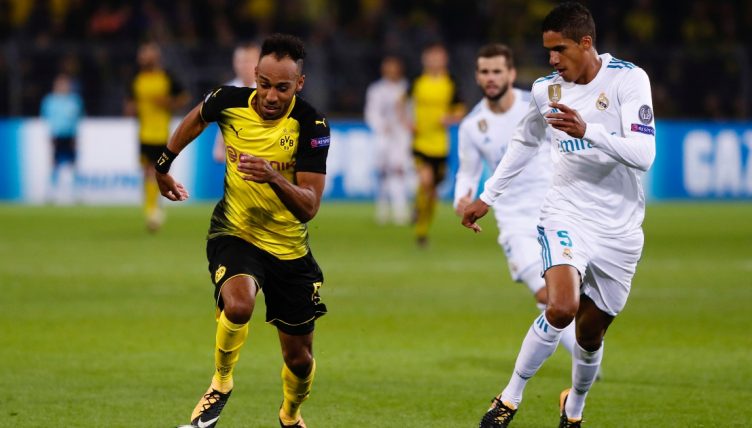 The signing of Raphael Varane has caused understandable excitement among Manchester United fans around the world, and old footage of him clashing with Arsenal’s Pierre-Emerick Aubameyang will only fill them with more confidence.

Only a preliminary agreement has been confirmed between the two clubs, with Varane yet to pass a medical and sign his contract, but it would be a huge surprise now if the deal were to collapse.

The Old Trafford faithful can now look forward to a partnership of the Frenchman and Harry Maguire. Judging by a recently resurfaced clip, Varane will not struggle to adapt to the English top-flight either.

Aubameyang has been one of the Premier League’s stand-out strikers since Arsenal plucked him from Borussia Dortmund in 2018 but Varane has had his number in the past.

Despite being known for his burst of pace, the Gabon international was no match for Varane when Madrid and Dortmund clashed in 2017.

He is genuinely a monster… pic.twitter.com/4BYvLwBjmb