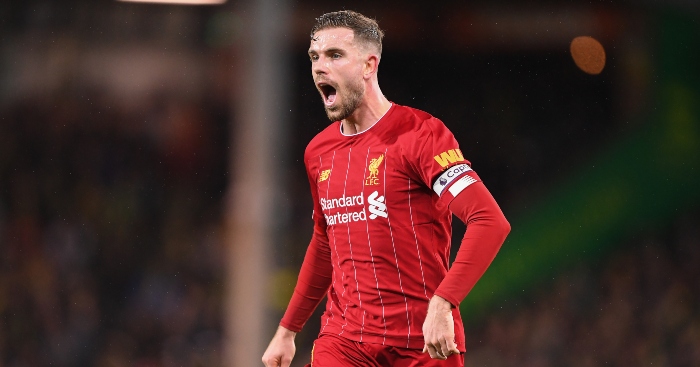 Tim Sherwood heaped praise on Jordan Henderson’s “unbelievable” leadership after Liverpool increased their lead at the top of the Premier League with a 1-0 victory over Norwich City on Saturday.

Liverpool were made to work hard against the Premier League’s bottom side but left Carrow Road with all three points thanks to Sadio Mane’s second-half winner.

Henderson was once again influential in midfield, providing the assist for Mane, meaning he has now been directly involved in five goals in his past four appearances, while he also produced a pass that would make Xabi Alonso go weak at the knees.

But former Tottenham boss Sherwood insists you cannot quantify Henderson’s impact on the Liverpool team in simple figures like goals and assists, with the midfielder’s influence going far beyond that.

Tim Sherwood talking facts about how a unbelievable leader Jordan Henderson is for our club. Spot on. 👏🏻 pic.twitter.com/w1I0ObKfye