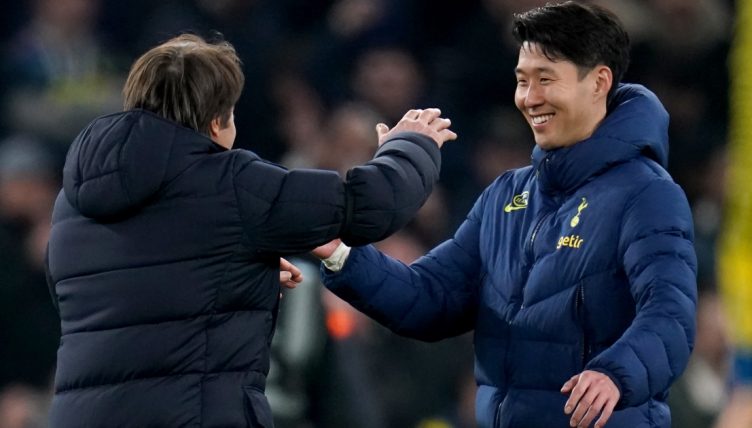 Tottenham manager Antonio Conte’s beaming smile was met with a hug for match-winner Son Heung-min when he was substituted late on in the club’s 3-1 Premier League win over West Ham United.

The 29-year-old netted a brace and played a pivotal role in the north London side’s opening goal which came courtesy of Kurt Zouma own goal early in the first half.

After earning Spurs consecutive league victories to reduce the gap on rivals Arsenal in fourth place to three points, Son was replaced in the dying embers by Lucas Moura to a hero’s welcome from the home support and his Italian boss.

Everyone knows how important Son and Harry Kane are to Conte’s aspirations of a Champions League finish. As well as the England captain’s recent return to goal-scoring form, the South Korea international has now notched 13 times in the Premier League this season.

“We are talking about a really world-class player,” Conte said about Son when he took over at the helm earlier this term.

“I have seen him before becoming manager of Tottenham, but only on TV. He impressed me a lot. But when you have the possibility to train him and become his coach, you can see really the quality of this player.”

Son isn’t letting Conte down. He seems to be getting better and better as the season progresses. It’s just what Spurs need with eight decisive league games to play.