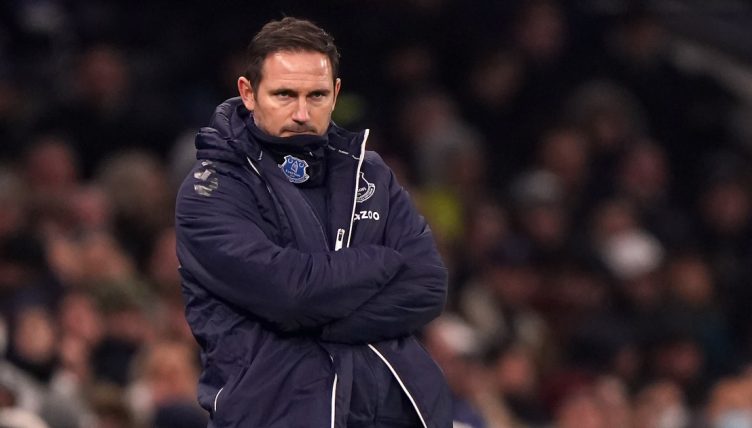 Lampard’s history with Chelsea ensured that he remains an unpopular figure in north London, so it was inevitable that Spurs fans would revel in his misery during the 5-0 mauling at the Tottenham Hotspur Stadium.

The 43-year-old manager, who was sacked by Chelsea last year, has failed to turn around Everton’s fortunes since he arrived at Goodison Park in January. They’ve lost four of five in the Premier League with Lampard in the dugout and sit just one point above the relegation zone.

Unable to resist a nod to the old England debate over who was better out of Lampard and Liverpool legend Steven Gerrard, the Spurs fans rubbed salt into the Everton manager’s wound as he watched a sorry performance from his side.

Gerrard, unlike Lampard, is yet to take charge of the club he remains synonymous with. But the former Reds captain continues to be talked up as a potential successor to Jurgen Klopp when the German’s contract expires in 2024.

It’s been a promising start to his managerial career, having led Rangers to the Scottish title last term before helping Aston Villa climb up the table after his mid-season appointment.

Lampard’s Everton are due to face Liverpool at Anfield in April, a Merseyside derby that should have implications for both ends of the table.