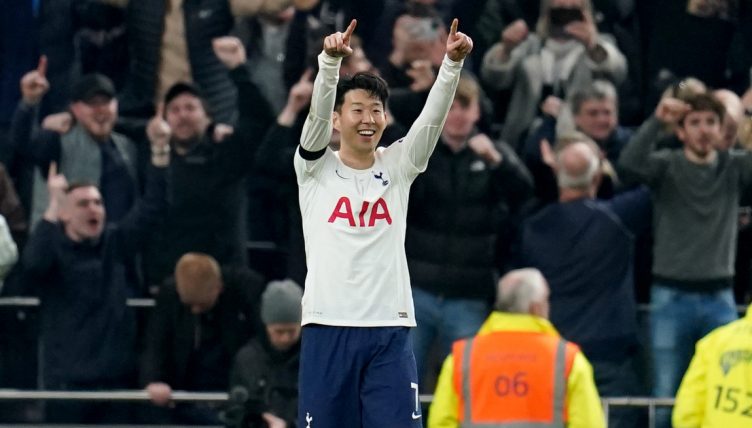 Tensions were flaring in the crucial clash for a top-four spot between Tottenham Hotspur and West Ham United, and they peaked when Heung-Min Son attempted to buy a penalty in the most unconvincing way possible.

After Spurs won a corner in the second half, the South Korean winger walked over to take it and had his back turned to Kurt Zouma – who sent the ball towards him.

The ball hit Son’s heels and the Tottenham star collapsed to the ground as if he’d been shot – much to the anger of the West Ham players.

Most could see the funny side, although the visiting team and fans remained thoroughly unamused by the forward’s actions, but will have been even more annoyed that Son scored twice in Spurs’ 3-1 victory to dent a massive blow to West Ham’s top four ambitions.

Son has been sensational since his arrival in North London in 2015, and has formed one of the Premier League’s deadliest partnerships ever with Harry Kane in attack.

“For me, Sonny is an important player. A player who can move a result in the end,” the Spurs boss said ahead of his side’s game against Brighton.

“It can happen that a player can be in not the best form or a period that he’s not playing so well, because we’re talking about a player who plays every game, but for me, he is playing well and that doesn’t depend if a player scores a goal or not

“For me, it’s about their performance totally. Sonny is a player in my thoughts and in my plan and that’s also for his commitment. So he has to start. I don’t have an idea to drop him. Honestly, no. It doesn’t happen. I’m not crazy to do something like this.”

Whilst his performance earned him the man of the match award, his theatrics will not have earned him many fans outside of the Tottenham Hotspur Stadium.

Did Son actually just dive after having the ball tapped at him? pic.twitter.com/MiIa9XgLqS