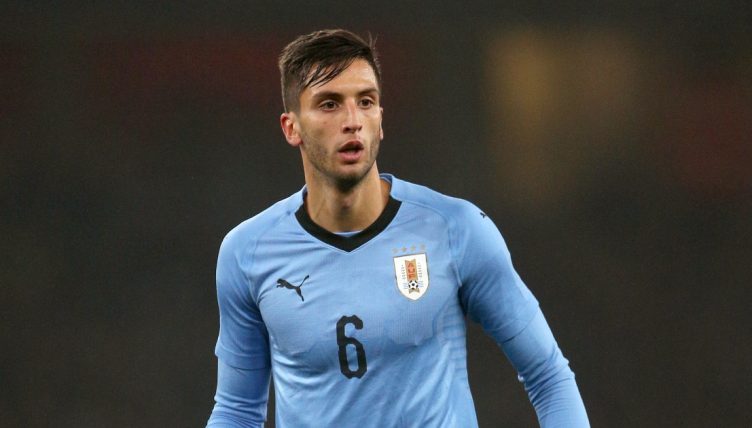 Rodrigo Bentancur gave fans of Tottenham Hotspur a glimpse of his quality with his first international goal for Uruguay during their 4-1 win over Venezuela on Tuesday night.

Bentancur joined Spurs on Transfer Deadline Day from Juventus for a fee of around £20million and became Antonio Conte’s first signing as the club’s manager.

The 24-year-old, who had also attracted interest from Aston Villa, featured 133 times in Serie A for Juventus, winning three titles along the way.

No player has racked up more league appearances for Juve since 2017 than Bentancur and the Uruguay international underlined his class with a crucial World Cup qualifying goal for his country.

Uruguay knew that victory over the lowest-ranked South American nation was a necessity if their hopes for a fourth consecutive World Cup appearance were to become reality.

And Bentancur got them off to the perfect start with a first-minute strike from distance. The Venezuelan defence failed to deal with a cross by Manchester United’s Edinson Cavani and the midfielder rasped home a controlled half-volley to put his side ahead.

They now have an excellent chance of sealing qualification for the World Cup when hosting Peru in March, before they travel to Chile for their final qualification match.

“It seems like a sensible business, especially for a guy who has made over 150 appearances for Juventus during a very successful period for them,” he told Football Insider correspondent Ben Wild.

“I think he will bring a winning mentality to the squad and I think he’s a brilliant addition. That’s why Conte wanted him.”

Go on then Bentancur👀 pic.twitter.com/2YqwsarVPK

On the scoresheet after 50 seconds 🔥