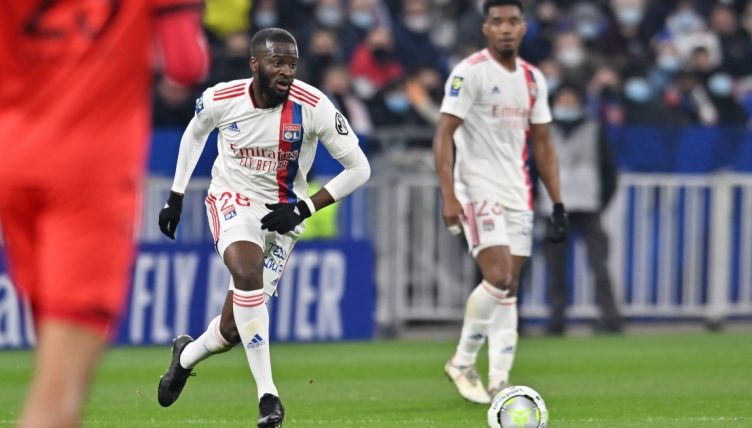 The France international struggled to live up to expectations that duly arrived when he left Lyon to join Spurs for a club-record fee in July 2019.

But the 25-year-old is now back to his scintillating best; form he rediscovered when he returned to his old stomping ground on loan in January.

And he showed his mercurial talents once again in an eagerly contested European encounter against Premier League opposition.

Despite being down to 10 men, David Moyes’ side looked like they’d be heading into next week’s return leg in a commanding position when Jarrod Bowen broke the deadlock.

But in the 65th minute, Ndombele capped off a wonderful midfield performance. Lukasz Fabianksi fumbled a cross and he was on hand to slam home into an empty net to ensure the French titans didn’t leave London empty-handed.

His goal follows on from the world-class assist he provided for team-mate Moussa Dembele in a thrilling league triumph for the club over Angers last weekend.

“You have to be good to change the opinions,” Spurs manager Antonio Conte said on Ndombele in early January. “I was a player and it happened sometimes to me that someone was unhappy with my performance.

Conte clearly wasn’t a fan of the midfielder as he shipped him elsewhere. However, this was a performance that would certainly have made the Italian sit up and take notice.

Should Lyon not take up their option to buy in the summer, Ndombele’s recent showings suggest we may finally see the best of him in the Premier League next season.