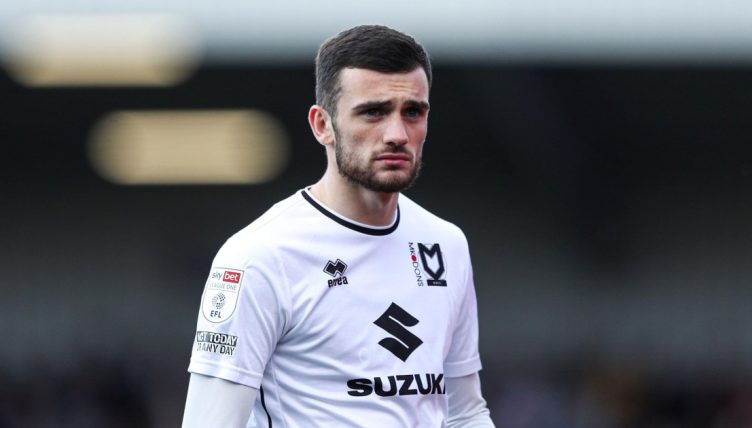 Tottenham Hotspur loanee Troy Parrott scored a brilliant volley for MK Dons to rescue a late point for his side against AFC Wimbledon.

Parrott was on the right-hand side of the box when the ball was sent back in towards him following a break-down from a corner kick.

He steadied himself before firing powerfully into the near post with his right foot on the volley, giving MK Dons a vital point in their pursuit of promotion and the League One title.

Parrott has been a regular starter for MK Dons this season after failing to nail down his own place in the Spurs squad over the two previous seasons.

Under Jose Mourinho, Spurs fans clamoured to see the Republic of Ireland international play more but the manager resisted their calls.

“This is a world where lots of people, they don’t even know if Troy has long hair or short hair,” Mourinho said.

“Or [if his hair] is blonde or is dark. They don’t even know that and speak about: Troy, Troy, Troy, Troy, he should play. There was a guy behind me on the bench the other day: Play Troy, play Troy. I don’t think he knows Troy.”

But Parrott has now hit a promising run of form at MK Dons and is full of praise for manager Liam Manning.

“The gaffer has shown massive faith in me, even when I was playing and not scoring, he kept giving me game time,” Parrott said after the Wimbledon match.

“It’s nice to be able to repay him. I have a really good relationship with the manager.”

“As soon as I saw it coming across [the ball for the goal], there was only one thing on my mind. I want to score goals, I want to be in the mixer and I hope I can keep doing that.”